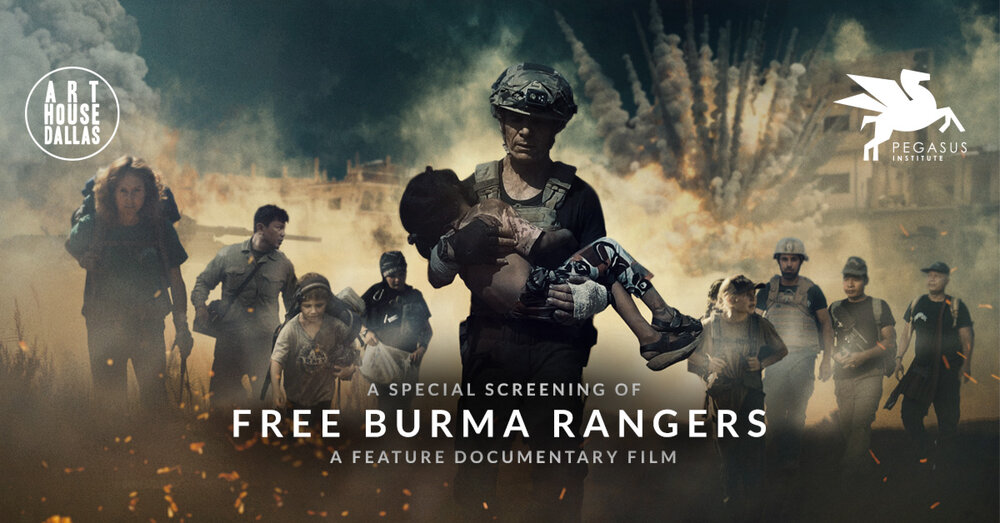 Art House Dallas and the Pegasus Institute are partnering together to host an encore screening of the Documentary film Free Burma Rangers on behalf of Deidox Films. Co-directed by filmmakers Chris Sinclair and Brent Gudgel and produced by Dave Mahane, the story follows real-life adventures of Dave Eubank, former U.S. Special Forces soldier turned missionary to conflict zones. This special screening will feature a Q&A with Chris Sinclair (director), Bradford Nyght (music composer) and other cast and crew from the film will be included on the panel.