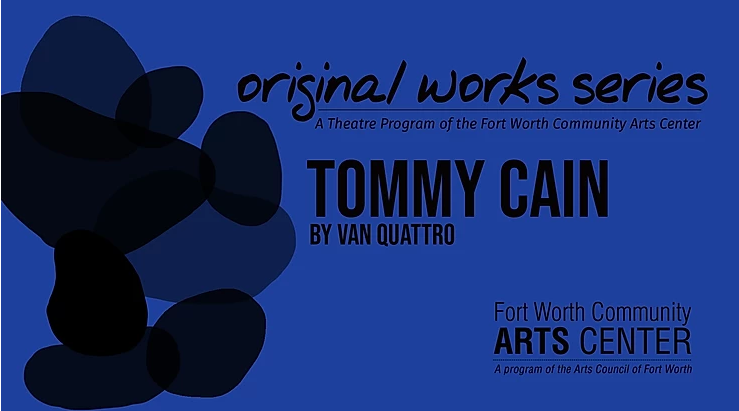 The Fort Worth Community Arts Center will be temporarily closed, effective March 15th through March 31st, in support of recommendations put forth by the Tarrant County Health Department to contain the spread of the novel coronavirus COVID-19.

Tommy Cain is a 15-year-old boy in a holding cell in a juvenile hall in Los Angeles. As he is waiting to be released, Tommy recalls some of the situations that might have lead to his incarceration.

Van Quattro appeared in movies and guest-starred on tv shows in Los Angeles, California before moving to North Texas 18 years ago. In Dallas he has been in the stage productions "Superior Donuts" at Theater Three and shared Actor of the Year in 2012 with his co-star Chris Piper for that show. He was seen at the Watertower Theater in "Grapes of Wrath" and "Tom Sawyer" and at the "Second Thought Theater" playing Carmichael in "Beheading in Spokane.” He wrote and directed ‘Tommy Cain’ for the Fit Festival in 2019.