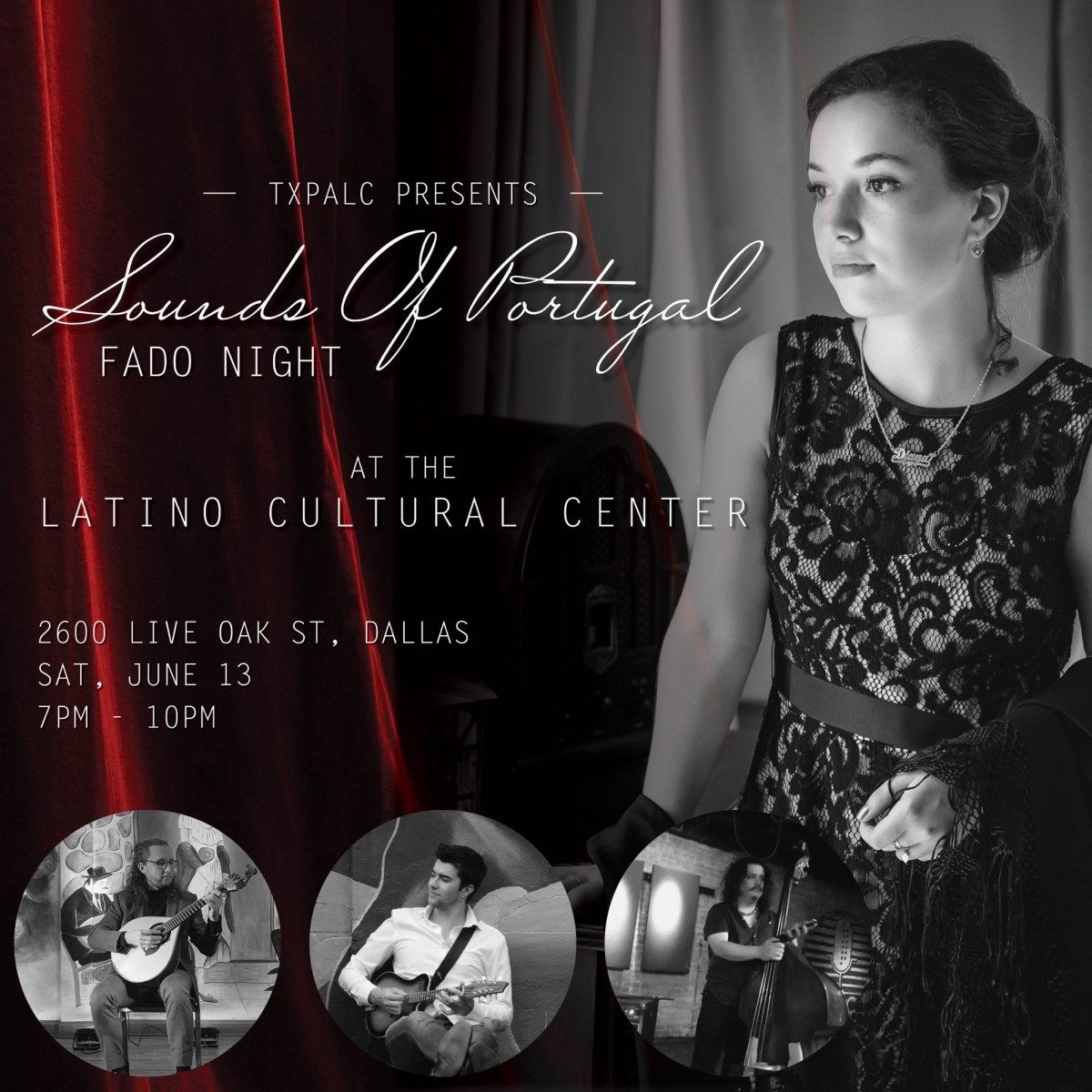 Sounds From Portugal......Fado music is a beautiful way to experience the Portuguese cultureAbout this EventNew to Fado? Here are some facts about Portugal's cultural music:

Performance by the amazing Diana Mendes -

The love for music began at the age of 8 when Diana began her music journey. Starting with learning the Piano , Diana learned to play the organ and the accordion.

At 14 she began to sing Fado, performing in various radio festivals in Portugal, Fado houses and accompanied by Philharmonic Orchestras.

Loic Da Silva also known as CORDEONE will be playing the Portuguese Guitar. Cordeone began his musical journey at the age of 9 yrs old. First studying the accordion then piano, classic guitar, Portuguese guitar, Brazilian percussions, drums, and the bass. He has worked and collaborated with Jah Mason, Turbulence, Norrisman, Big Joe Turner and his Memphis Blues Caravan and many more.

Eduardo Mercuri is acclaimed as one of the finest guitarists of his generation. His music falls between traditional Brazilian rhythms and modern Jazz

Aaron Gonzalez, a Texas native will be on Bass. Aaron has a deep rooted connection with the Portuguese and Portugal as he is no stranger to European tours and playing with Portuguese bands.

Due to the genre of music, this type of performance is best for the ages of 13 yrs old and over although you are welcome to bring a child younger however every person needs an entry ticket and you must leave the the theatre if the child is having trouble staying still or quiet during the performance. We must show respect to the performers and we greatly appreciate your cooperation.