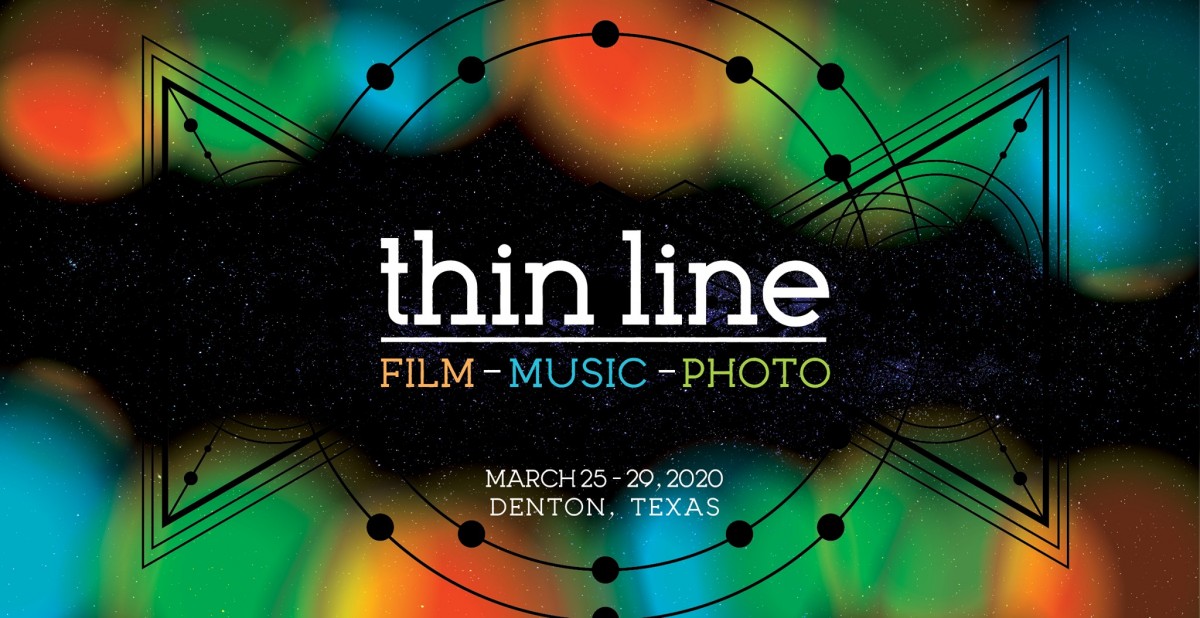 Denton, TX — Thin Line Fest has officially announced it will cancel this year’s in-person film screenings and music performances. Most film events will now be streamed live via the Thin Line Fest website with the help of festival partner, Falcon Events. Photography exhibitions will continue as planned but now with extended dates to allow patrons to come and go at their convenience. The multidisciplinary event was set to take place in multiple venues across Denton from March 25-29, 2020, featuring documentary screenings, live music acts, and photography exhibitions.

“Despite all festival venues being small enough to not cause concern, our Board of Directors felt it was best to cancel in-person events to ensure the safety and well-being of all our patrons,” says Festival Founder Joshua Butler.

Film. Featuring a curated collection of over 50 documentary features and shorts, the festival’s film division will stream all screenings and Q&A sessions online. Festival patrons can continue registering online and will be provided instructions on how to stream film events in the coming days. Most filmmakers have provided permission to live stream their films and have also agreed to participate in a live Q&A session following each screening. Festival attendees will be able to login at www.thinline.us and then choose which “theater” to stream live. The Award Ceremony will be live-streamed on March 28 and will announce this year’s winning films.

Photography. Exhibits will continue as planned; however, arrangements have been made to extend exhibition dates. The exhibit at UNT On The Square will open March 25 and will eventually be moved to the venue’s upcoming re-location at 207 N Elm Street. A closing date has not yet been determined. The exhibition at the Patterson-Appleton Arts Center will open March 26 and move to the Golden Triangle Mall on March 30, where it will be on display indefinitely. The Award Ceremony will be live-streamed on March 28 and will announce this year’s winning photographs. Thin Line Fest is also exploring an online exhibition of photography with more details forthcoming.

Online access is free, so be sure to visit thinline.us and join us for an online film and photography experience.

Thin Line is a documentary film, multi-genre music, and competitive photo festival held in Denton, TX. Each year, international documentaries of many interests are shown, national multi-genre live music acts and regional photographers come to Denton to exhibit their talents.Thin Line Fest is a not-for-profit festival that is run 100% by volunteers.

Thin Line Film is a documentary film festival. We love documentaries because real life is more interesting than fiction! Generally, we believe that documentaries should communicate the Truth. Thin Line Music is the soundtrack of the festival. It’s the perfect mix of styles from national and regional acts on small, intimate stages. A diverse mix awaits festival attendees, ensuring the party doesn’t stop until the early morning. Thin Line Photo is a competitive, international photography festival. Explore curated photography exhibits and enjoy immersive photography workshops.