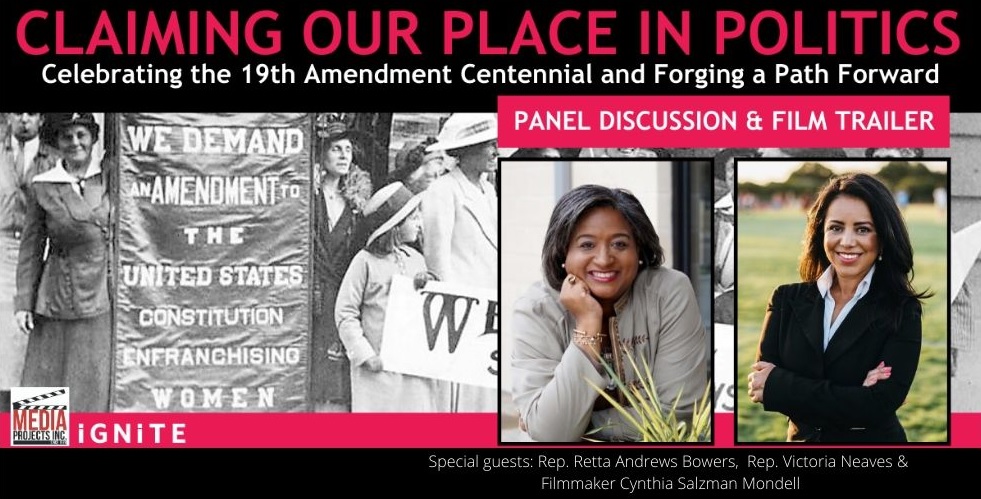 Claiming Our Place In Politics

Ignite and Media Projects present Claiming our Place in Politics. This event will feature  film trailer celebrating women getting the right to vote and a panel discussion

Enjoy rare film clips depicting the heroic women featured in Cynthia Salzman Mondell and Allen Mondell's Dreams of Equality, Sisters of '77, Guts, Gumption and Go Ahead and Images from the Women's March.

State Representatives Rhetta Bowers and Victoria Neave will be in conversation about the courageous women who helped secure a woman's right to vote, and the women who are currently forging a path forward.

Celebrate the 100th Anniversary of the 19th Amendment.