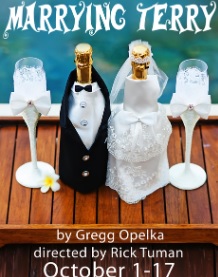 It’s New Year’s Eve and a massive snowstorm has paralyzed Chicago. Librarian Terry Adams has just reserved the last room at the Drake Hotel in hopes that her long-distance boyfriend will finally propose. Meanwhile, radiologist Terry Adams has passed out while at the bar with friends celebrating his recent engagement and is mistakenly put in her hotel room. Neither Terry Adams has any idea what’s in store for them in this romantic comedy in which no one is quite who they seem, but it all ends happily.

IMPRINT Theatreworks’ ‘The Tree’ Will Rock You – CANCELLED