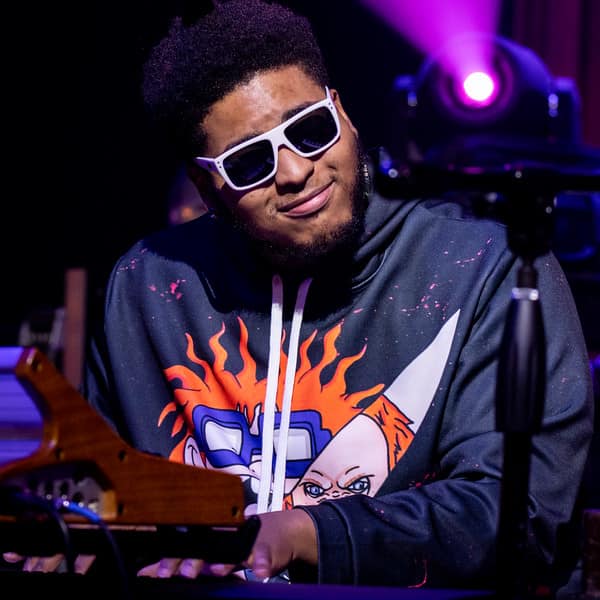 Kwinton Gray was born and raised in Dallas, Texas where he and his two older siblings received a homeschooled education all the way through high school. A natural passion for music began to develop early for Kwinton and his sibling, and was strongly supported by their father and mother. The Gray parents purchased instruments for the children to practice with - It was then that Kwinton fell in love with the Piano.

He practiced for years playing at church and in different bands around town until he caught his first big break. He was accepted in 2014 as lead keyboardist for Dallas Theater Center (DTC) in the production of “Rocky Horror Picture Show” at just 19-years-old. The following year, he was asked to return to DTC as Associate Music Director/Conductor/Pianist for the world premiere music “Stagger Lee.” And in 2016, he was selected as Music Director and Conductor in Booker T. Washington for the Performing and Visual Arts’ production of “Oklahoma.”

In addition, Kwinton is a founding member of the band “Friday’s Foolery” and his own Jazz band “The Kwinton Gray Project.” Both of which perform all over the Dallas area.

The Kwinton Gray Project is a high-energy jazz fusion group that was assembled in the fall of 2015 by keyboardist Kwinton Gray. The Dallas-based group’s first album titled, ‘Leap of Faith’ was released in summer 2018.