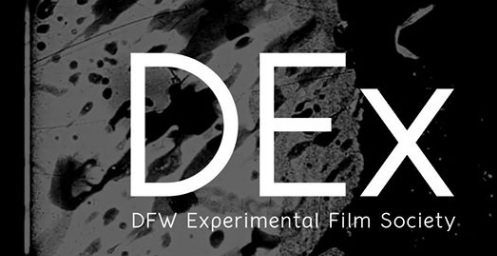 DEx Film Screening: Mock Up on Mu by Craig Baldwin

Shop opens at noon
Event starts at 7:30p
Screening starts at 8p
$10, no one turned away for lack of funds - ever.
BYOB

DEx Screening IV: Mock Up on Mu by Craig Baldwin

Goals:
- Building a contextual understanding of moving image art as it relates to culture in North Texas.
- Offering an opportunity to the general public for viewing while offering exhibition opportunities and monetary support for local and regional filmmakers as well as supporting archival institutions

The D/FW Experimental Film Society (DEx) is a project of artist/filmmaker Michael A. Morris founded in collaboration with Lily Taylor at Oak Cliff Records & Library (dba Top Ten Records), and other local institutions including the G. William Jones Film and Video Collection at Southern Methodist University. DEx Film Society builds a contextual understanding of moving image art as it relates to culture in North Texas while offering exhibition opportunities and monetary support for local and regional filmmakers as well as supporting archival institutions. These screenings provide Dallas, TX audiences with opportunities to see excellent art films, video art, animation, new technologies, and other visual forms. DEx Film Society works to challenge the audience and creates opportunities for debate and dialog. Our screenings are not only artistic endeavors, but educational ones.

Since October 2019, DEx has begun to stage screenings at Top Ten Records in the Oak Cliff neighborhood and has plans to program more screenings of experimental film and video art in 2020. The first screening in the Fall of 2019 drew upon 16mm film prints of iconic experimental films discovered in the vault of the G. William Jones Film and Video Collection at SMU, such as Blood of a Poet by Jean Cocteau. In the future with additional funding, the society hopes to present more films from the collection alongside works by contemporary international moving image artists, and local artists, providing a platform to show work alongside historically significant works as well as members of the wider community of experimental filmmaking and video art from around the world.
DEx draws on the tradition of film societies such as Amos Vogel’s iconic Cinema 16 in New York that provided a venue for moving image art that had no other home and was best viewed in a screening scenario, as opposed to an installation context as seen in museums or galleries.

Top Ten Records is the oldest record store in Dallas, TX opening at 338 W. Jefferson Blvd in 1956. In 2017, the shop re-launched as a nonprofit community-supported library and arts & culture organization. Top Ten Records’ mission is to develop and sustain a piece of Oak Cliff history as a resource for media literacy and cultural study, while preserving, restoring, and making available to the public an archive of music and film through the retail shop, the library project, the Texas Music Archive project, and small cultural events like concerts, film screenings, workshops, art exhibits, and classes. www.donorbox.org/top-ten-records
#texasmusic #jeffersonblvd #jfk #oakcliff #toptenrecords #nonprofit #dallasculture #dallashistory