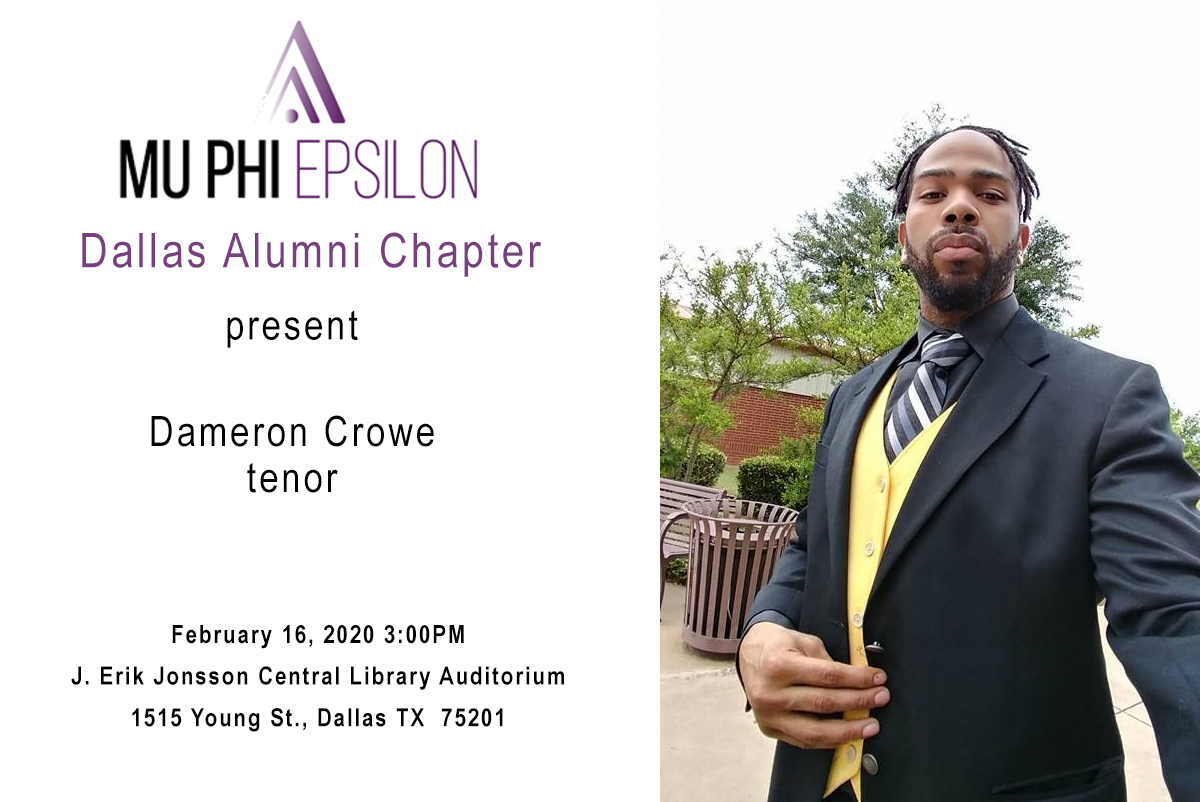 Dameron Growe, Assistant Choir Director and instructor for Musical Theatre, Applied Voice and Movement, and AP Music Theory is an Arlington native. He has been heavily involved with music his entire life singing in school and church choirs, local productions, and performing. He graduated from East Texas Baptist Univeristy with a Bachelor's in Music Education and Southern Methodist University with a Master's in Voice Performance. He previously taught in Dallas and Mansfield independent school districts at both the elementary and middle school levels.

In addition to teaching, Dameron also plays piano, serves on the worship team at Cornerstone Baptist Church in Arlington, TX and also as the vocal coach for the RnB group 4US. Previously, he was a regular headliner at the Dallas House of Blues Gospel Brunch and is the former lead singer for the group "Movmnt Band".