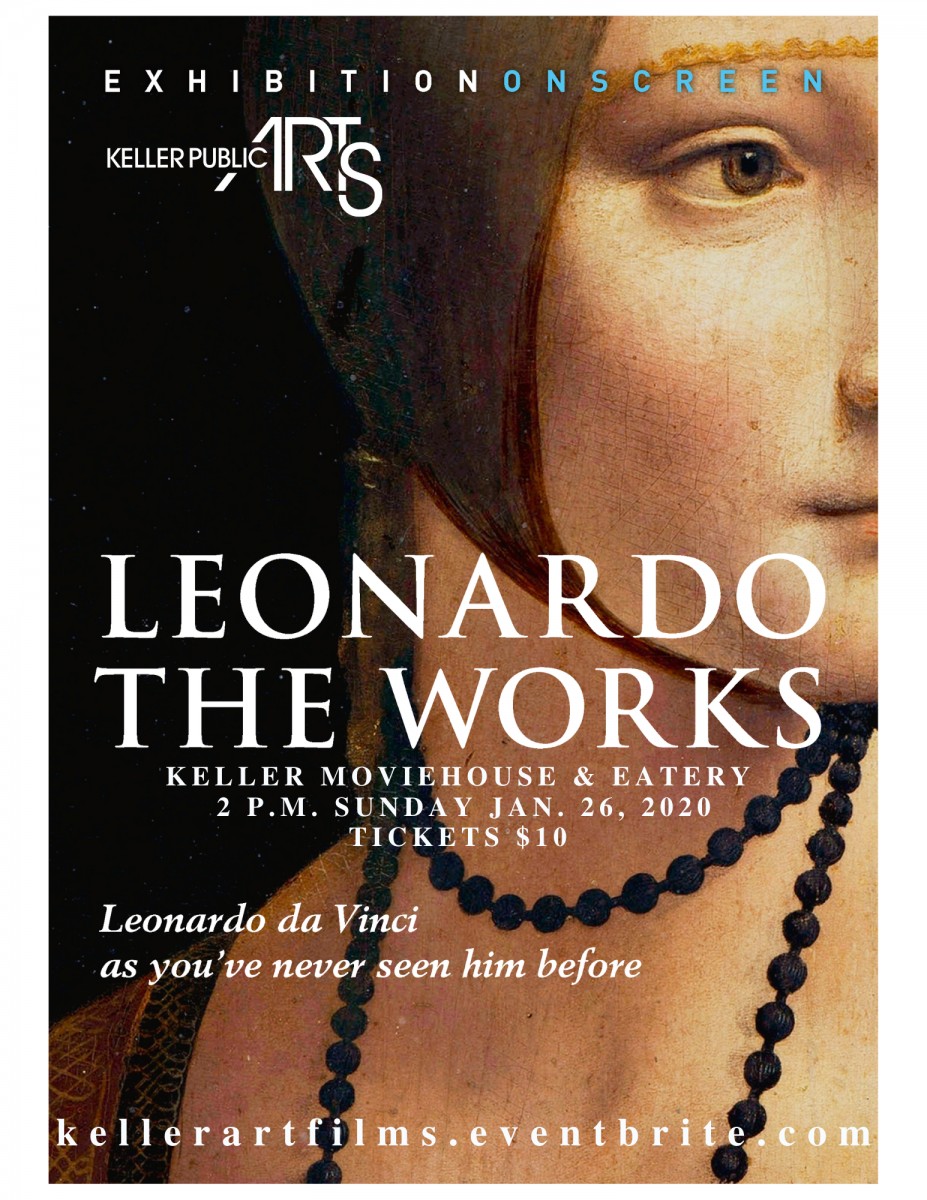 "Many feature films have showcased the genius of Leonardo but none have ever examined in such detail the most crucial element of all: his art. Leonardo’s peerless paintings will be at the core of Leonardo: The Works, captured in staggering high-definition as never seen in cinemas – until now. Notably, the film presents every single painting attributed to Leonardo, offering unparalleled access for the first time. Amidst this collection of masterpieces, cinema-goers will marvel at The Last Supper, Lady with an Ermine, Ginevra de’ Benci, Madonna Litta, Virgin of the Rocks and what is widely considered the most famous artwork of all time – The Mona Lisa." (Exhibition on Screen)

Tickets are $10 each or a bundle for the three films in the series is $25 and can be purchased at Eventbrite.com  The other films in the series are Feb. 23rd, "In Search of Beethoven" and Mar. 29th, "La Cenerentola (Cinderella)".
For more information visit cityofkeller/publicarts, email [email protected] or call 817-743-4000.