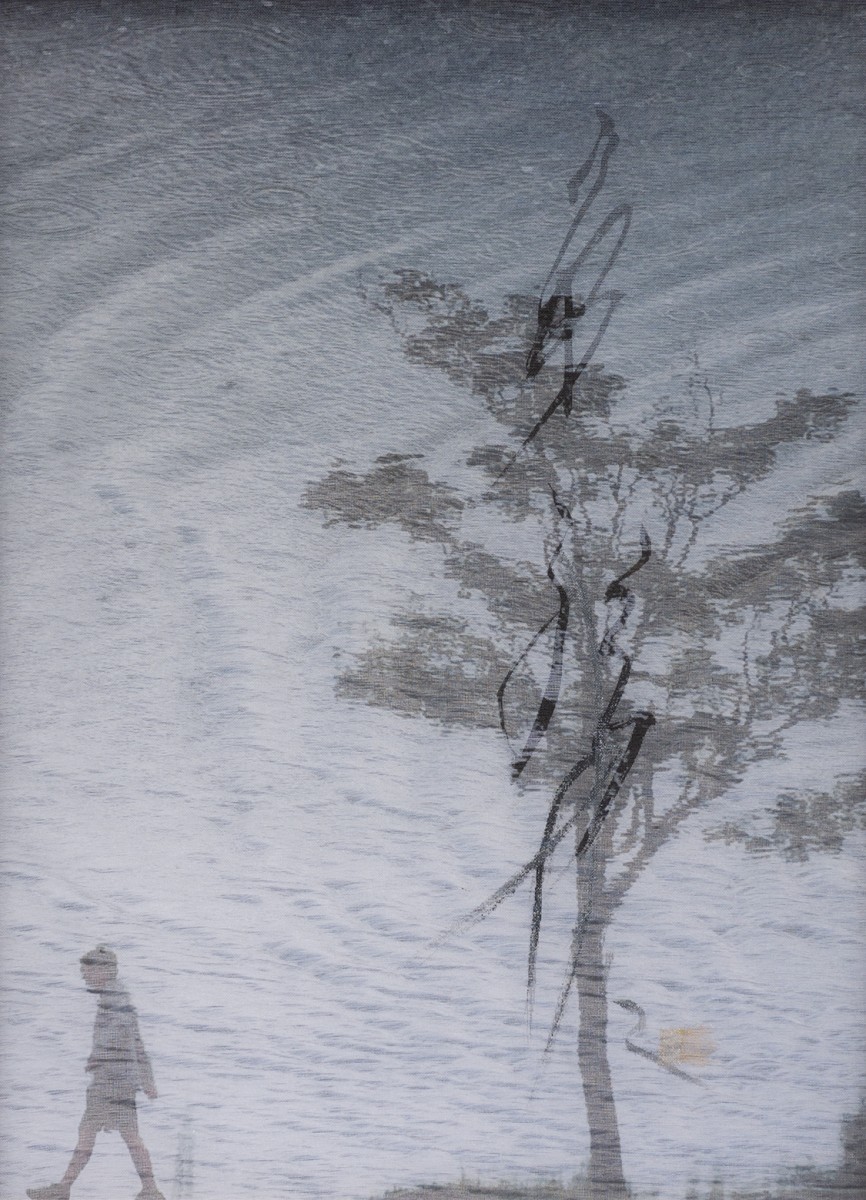 Chaco Terada: Listening in the Silence

Valley House Gallery presents Chaco Terada's exhibition "Listening in the Silence." Chaco Terada is a native of Japan who has called Dallas home since 1992. Chaco was the nickname given by her grandmother and she uses it along with her given name, Chikako. Born in Toyama, Japan, in 1963, to Haruko and Yhohei Terada, Chaco began the practice of calligraphy with her father, Yhohei Terada, a master calligrapher who taught its history at Toyama University. Even as a child, Chaco departed from a strict observance of copying traditional form for a more poetic interpretation. As she says, "I looked at the calligraphy from all sides and even from the back with light showing through it. It was beautiful to me. My father corrected my work with orange sumi ink. I liked the visual element, missing altogether the point of his corrections." Living as an independent spirit began early in Chaco’s life.

In her twenties, she traveled to ten countries as a part of the cultural exchange programs, Up with People and The Ship for World Youth. She recalls, "I wanted to learn about other cultures and not just stay with the Japanese kids." When language skills isolated her, she used calligraphy as a tool to communicate. It was during her involvement with these programs that she began to realize the importance of calligraphy in her life.

Moving to the United States liberated Chaco, giving her the freedom to focus on her inner life as a source for artistic expression. Her work became a process of self-analysis, a process that allowed her to draw from her experiences, memories, and feelings. All these elements have forged stories in her imagination, stories in which reality and illusion meet. These stories grow quietly into images as she listens to conversations within her mind. An image can have a long journey in her thoughts, sometimes a year, or longer.

"It took some years to develop the ways to express the beauty in my life as artwork," says Chaco. When she decided to combine photography with her calligraphy, her partner, the photographer David Gibson, also an artist represented by Valley House, advised her how to achieve the effects she envisioned. Chaco photographs wherever she goes; it could be nothing in particular, a wall detail, or water on the street. She walks slowly; it is her way to see more. Something from the past connects her to what she sees in the photograph, and her dialogue begins with a string of words. For "Night Player 2" she writes:

"Listening to the night,
I hear the tune of the moon, stars, silhouette of trees and skyline.
Someone plays the night for me.
Beats of my heart are joining you."

The forty-seven works in "Listening in the Silence" are made using the process she developed that incorporates multiple layers of silk organza, sumi ink, mineral pigments, and archival pigment printing. Each is unique. Photographic images are printed on the silk and calligraphic marks float in the layered atmosphere as if they were dancing. They are intimate in scale, like windows to her private reflections, meditative moments that both convey and invite serenity. Each one is an open invitation to go beyond the surface.

A catalogue has been published in conjunction with this exhibition.

View all of the work in the exhibition on the Valley House Gallery website at http://www.valleyhouse.com/thumbnails.asp?mode=page&idx=239

View the exhibition on Artsy at https://www.artsy.net/show/valley-house-gallery-and-sculpture-garden-chaco-terada-listening-in-the-silence

This is Chaco Terada's first solo exhibition at Valley House Gallery.
The exhibition is on view Monday through Saturday, 10 a.m. to 5 p.m., through January 25, 2020.