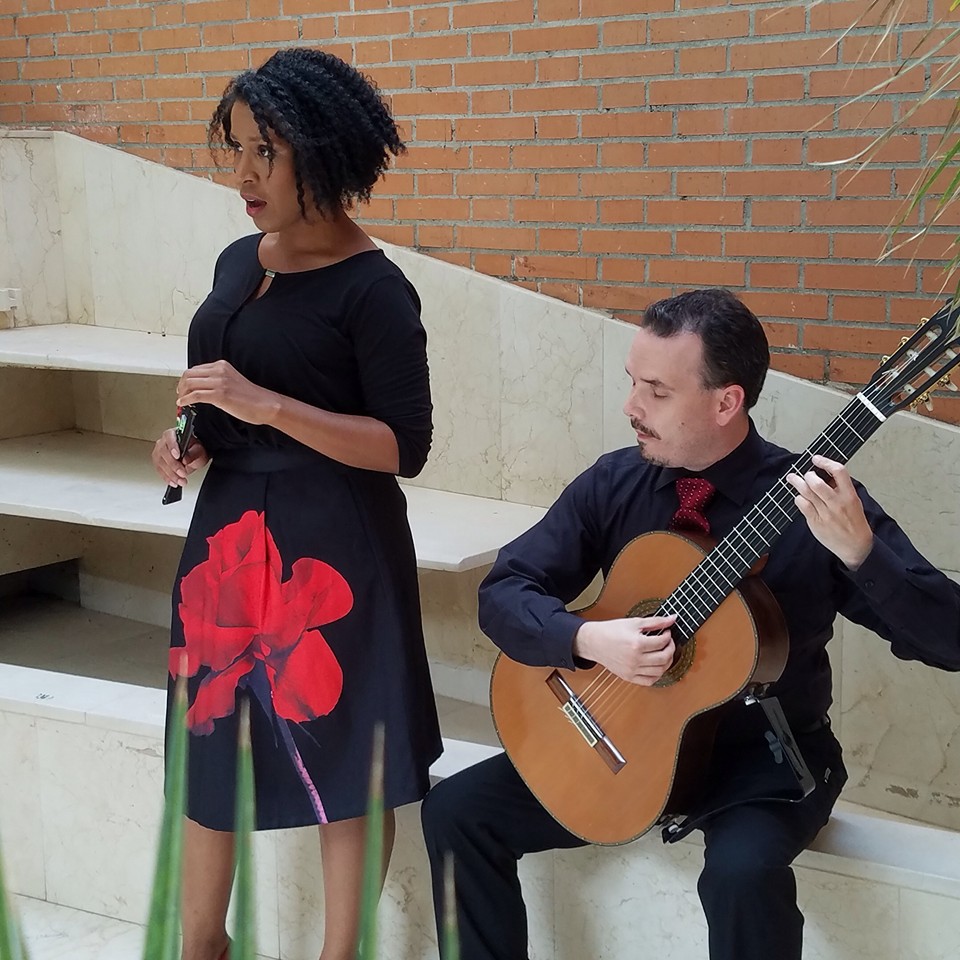 Eddie Healy began playing guitar at the age of 13. He received his Bachelor’s Degree in classical guitar performance at The University of North Texas and completed a Master of Music degree at Southern Methodist University.

Eddie performs regularly in the Dallas/Fort Worth metroplex. He has also performed live on WRR-Classical 101.1. He traveled to Spain in 2008 for a series of concerts and twice to Mexico in 2009 to perform at the 19th Annual International Guitar Festival of Morelia and the 4th Festival Internacional de Guitarra Ramón Noble. He has appeared on national television and radio programs in Hidalgo, Mexico.

He currently teaches at The University of Texas at Dallas, Eastfield College, Brookhaven College, Collin College and the Gray School of Music. He has served as the assistant festival director at the Texas International Guitar Competition/Festival since 2010 and has also been the co-director of the Annual Eastfield Collegiate Guitar Competition/Festival.

His original compositions have been performed in Germany, Italy, Mexico, Spain, and the United States. He has composed the theme to a series of podcasts produced by UTD titled “A Conversation With…”, scores for several video games, and the alma mater for Rogers Middle School in Prosper, Texas. In 2012 Healy released a CD consisting exclusively of his compositions titled, Direction. James Scott of minor7th.com said that the recording, “…is a triumph, offering the listener accessible compositions matched by immaculate performances.” He published the sheet music for several of the compositions from Direction with Joachim-Trekel of Hamburg, Germany in 2010 and two more selections with Les Productions d’Oz in 2013. Eddie is a member of ASCAP.

Mezzo-soprano Brandi Estwick is a recent graduate of Texas Woman's University where she received both a BM and MA in vocal performance. Ms. Estwick serves as the Assistant Director of the Brookhaven-Allegro Guitar Orchestra and frequently performs recitals throughout the metroplex in collaboration with Dallas-area classical guitarist, Eddie Healy. The duo recently presented a recital series in Madrid, Spain as participants in the Chamber Art Music Association of Madrid’s 12th International Chamber Music Festival. Ms. Estwick is currently working toward a DMA in vocal performance at the University of North Texas under the guidance of Dr. Carol Wilson. She is an active member of Dallas Opera's Education and Outreach program where she is currently performing the role of Despina in The Three Little Pigs.