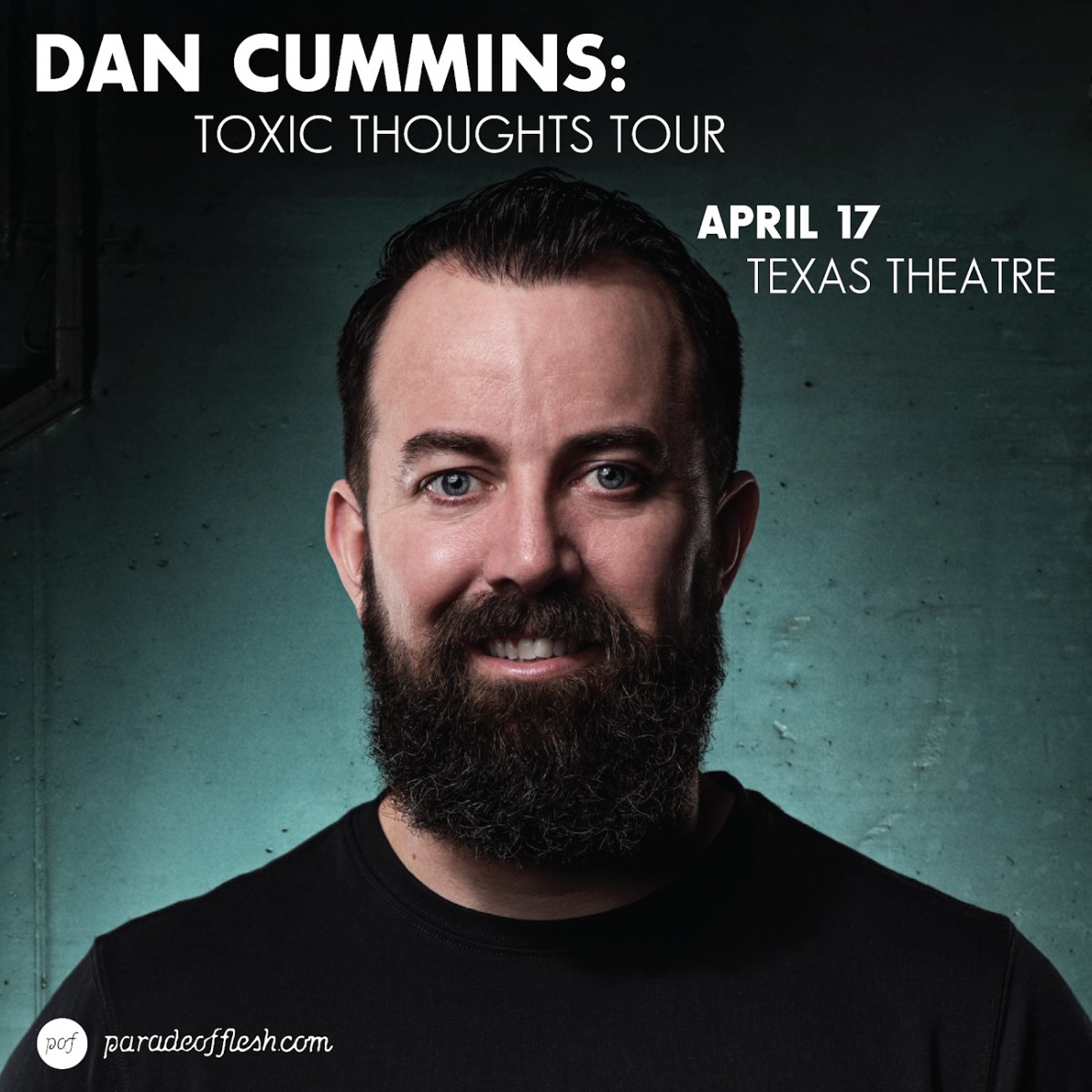 Increasingly popular stand-up comic Dan Cummins will be playing 40+ cities on his 2020 Toxic Thoughts Tour. He’s releasing his third one-hour standup special, Dan Cummins; Get Outta Here Devil!, in the Spring of 2020.  Dan is one of the most frequently played comics on Pandora with over 700,000 artist stations created and over 400 million plays. His seven comedy albums also spin heavily on numerous Sirius XM comedy stations.    His podcast, TIMESUCK, is regularly featured in the top of the iTunes comedy charts, and was downloaded over twenty million times last year alone.  His second and newest podcast, SCARED TO DEATH, is quickly becoming just as popular.  TIMESUCK is a weekly podcast that is a slightly irreverent but consistently entertaining way for the eternal knowledge seeker to get their dose of thoroughly researched information. From Scientology to Jeffrey Dahmer to the KKK, no topic is off limits.

Dan’s last hour special, DON’T WAKE THE BEAR, is currently available for streaming on Amazon.  He’s been a guest on multiple late night shows, from CONAN to the TONIGHT SHOW and has made numerous appearances on shows like Comedy Central’s THIS IS NOT HAPPENING and his own Comedy Central 1/2 hour special. He’s also been a guest on numerous podcasts such as Bert Kreischer’s BERTCAST, Joey Diaz’s The Church of What’s Happening Now, and the Adam Corolla Show.   When not touring or podcasting, Dan spends time with his wife, Lynze,  two kids, Kyler and Monroe, and two dogs, Penny and Ginger, in Coeur d’Alene, Idaho - the other Hollywood.