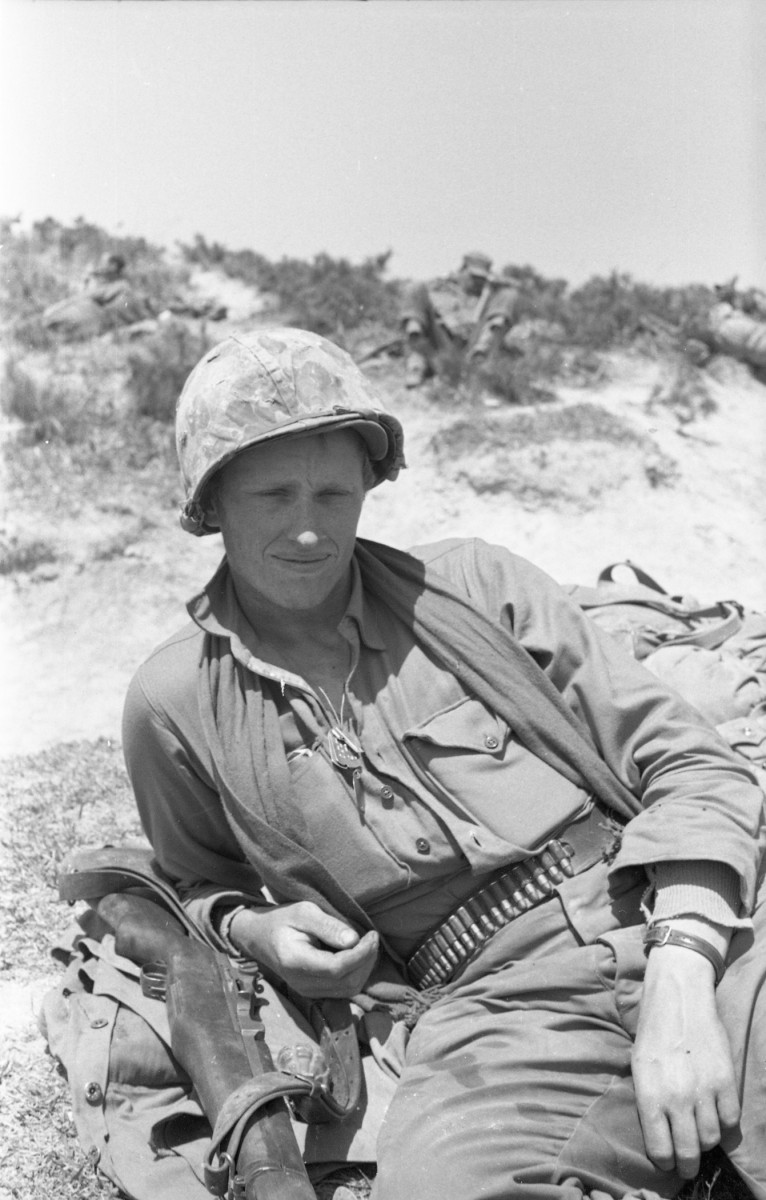 The Forgotten War: A Marine in Korea, Gallery Talk by Fred Baldwin & Book Signing of his Memoir

In conjunction with PDNB Gallery's current exhibition, Where Have All the Flowers Gone, Fred Baldwin will present a talk about his experience in the Korean War.

Fred Baldwin, born in 1929, is the co-founder of the FotoFest Biennial in Houston, Texas. He has recently released a memoir, Dear Mr. Picasso: An Illustrated Love Affair with Freedom.

Fred Baldwin served as a Marine in Korea. As he states in a diary entry,

“…I’m not a very probable stereotype of the ex-marine, but I was in fact…A Marine. And although, rather a peculiar specimen, with shaved head, uniform, loaded rifle, fixed bayonet, charge, combat, wounds, dysentery, frozen feet, cowardice, heroics, camaraderie, C-rations, rain, mud, no sleep, dust, boredom, thirst, pride, humor, these things, I shared under the pressure of life often crowded by death with my fellow infantrymen.”

This is a unique opportunity to hear a soldier’s story from the “Forgotten War”. This is the third educational program offered by PDNB Gallery in regards to the war photography exhibition, “Where Have All the Flowers Gone”.

The added bonus to the program is the book signing event for Fred Baldwin’s memoir that was released this year. The title relates to a life-changing event when Baldwin met the famous Pablo Picasso during his last year in college, 1955.

Baldwin became a photojournalist and eventually settled in Houston, Texas with his wife, Wendy Watriss. Both Fred and Wendy were responsible for co-founding the important international FotoFest Biennial, a photography festival that sweeps across the city of Houston.

The next Biennial is scheduled for next Sprint, 2020, celebrating photography from African nations.