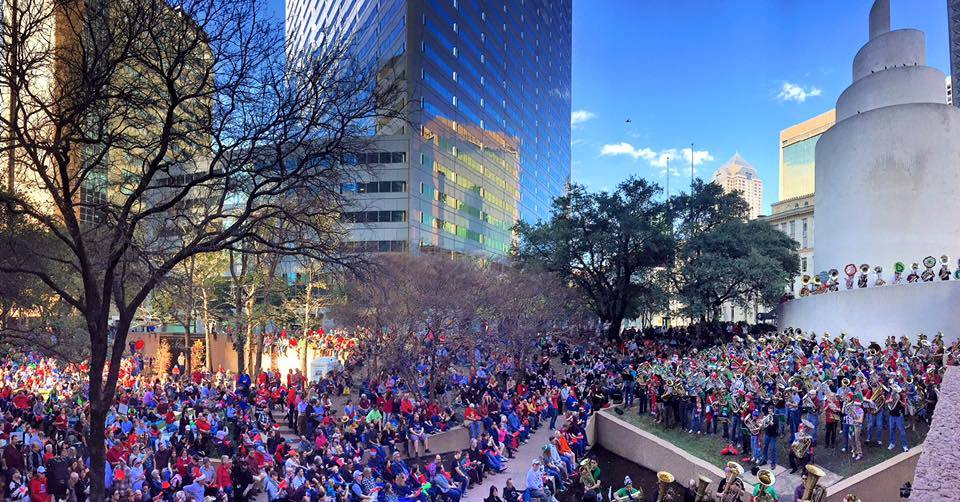 2019 is the 46th anniversary for TUBACHRISTMAS concerts/events which are presented throughout the world. TUBACHRISTMAS was conceived in 1974 by Harvey Phillips as a tribute to his teacher and mentor William J. Bell, born on Christmas Day, 1902. Through the legendary William J. Bell we reflect on our heritage and honor all great artists/teachers whose legacy has given us high-performance standards, well-structured pedagogy, professional integrity, personal values and a camaraderie envied by all other instrumentalists. The first TUBACHRISTMAS was conducted by Paul Lavalle in New York City's Rockefeller Plaza Ice Rink on Sunday, December 22, 1974. Traditional Christmas music performed at the first TUBACHRISTMAS was arranged by American composer Alec Wilder who ironically died on Christmas Eve, 1980. Wilder composed many solo and ensemble compositions for tuba and euphonium. He was a loyal supporter of every effort to improve the literature and public image of our chosen instruments. Through Alec Wilder, we express our respect and gratitude to all composers who continue to embrace our instruments with their compositions and contribute to the ever-growing solo and ensemble repertoire for tuba and euphonium.