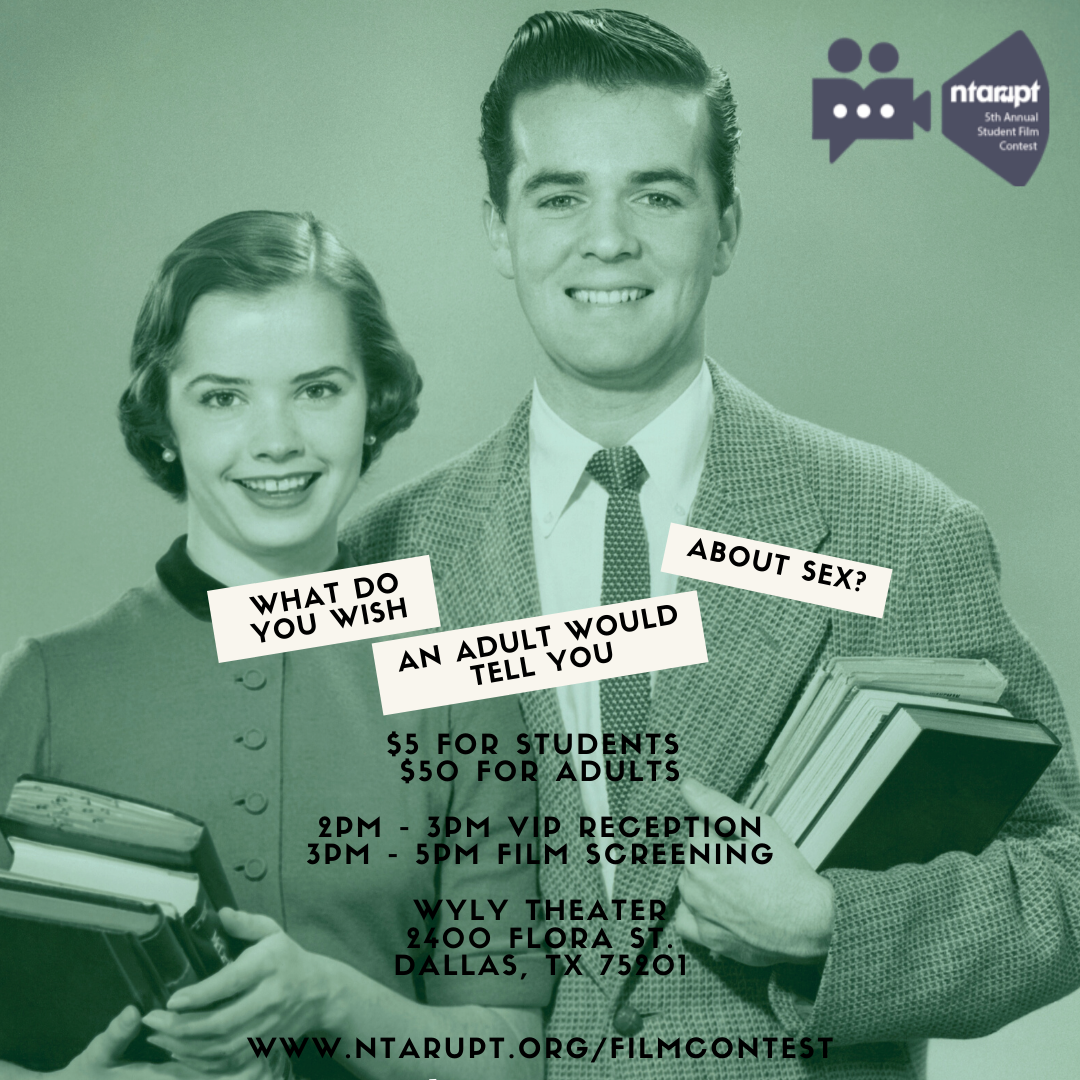 To gain and leverage that understanding, Ntarupt – the North Texas Alliance to Reduce Unintended Pregnancy in Teens – invited teens across the region to share how social media influences teens’ views, perceptions, and decisions about sex.

“Adults in the community are often wrong about what motivates teens, and blind to the pressures they face,” says Ntarupt CEO Terry Greenberg. “This film contest allows us to gain a firsthand understanding of the influence exerted on their lives by social media posted by those they know and don’t know.”

This is Ntarupt’s only fundraiser and we seek youth voices to tell their stories in a creative, artistic way.

The 2020 film prompt is “what do you wish an adult would have told you about sex.” We want to amplify our community teen voices so that adults in Dallas know the realities they are facing.

This year, we are presenting Ntarupt’s Community Advocate Award to Gary Ahr and honoring the Lincoln Humanities and Communications Magnet.

The film contest is on February 9th at the Wyly Theater at 3PM. For more information go to www.ntarupt.org/events.