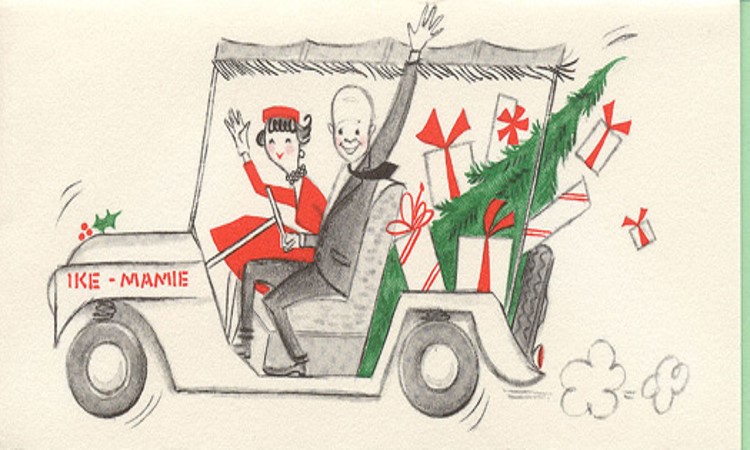 Throughout December, visit the Eisenhower Birthplace State Historic Site to collect recipes from the 1890s, 1940s, and 1950s. Listen to a continuous radio broadcast of programs from the 1940s and 1950s. Kids can write a letter to Santa and play the Ration Board Game, in which they have to buy groceries using their limited ration coupons like bakers during World War II had to do.

The Eisenhower Birthplace is collecting donations of new, sealed, unwrapped personal hygiene products to benefit the Grayson County Homeless Shelter in the month of December. Every person who donates (no cash donations, please) receives a candy cane in gratitude!

Lastly, join the Eisenhower Birthplace staff at the Denison Public Library, 300 W. Gandy, on Tuesday, December 17 at 6 pm to learn how Denison celebrated Christmas during the 1890s, 1940s, and 1950s. Authentic gingerbread cookies from an 1887 recipe will be available to sample. This event is free and open to the public