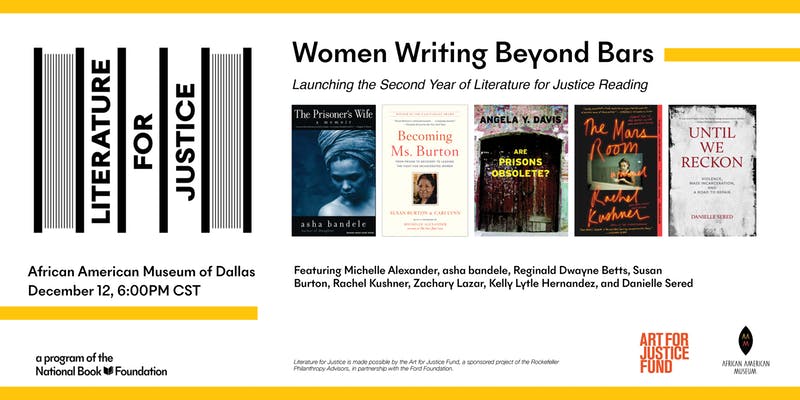 Join the National Book Foundation and the African American Museum of Dallas for the second-year launch to honor and delve into these works. The event will feature brief readings from four of the recognized authors—asha bandele (The Prisoner’s Wife), Susan Burton (Becoming Ms. Burton), Rachel Kushner (The Mars Room), and Danielle Sered (Until We Reckon); a conversation with the authors alongside committee members Michelle Alexander (The New Jim Crow), Reginald Dwayne Betts (Shahid Reads His Own Palm), Zachary Lazar (Vengeance), and Kelly Lytle Hernandez (City of Inmates); and a question-and-answer session with the audience. A book signing with the authors will follow.

This event is made possible by the Art for Justice Fund, a sponsored project of the Rockefeller Philanthropy Advisors, in partnership with the Ford Foundation.

Jim Lehrer, PBS NewsHour Anchor Who Got His TV Start At KERA, Dead At 85