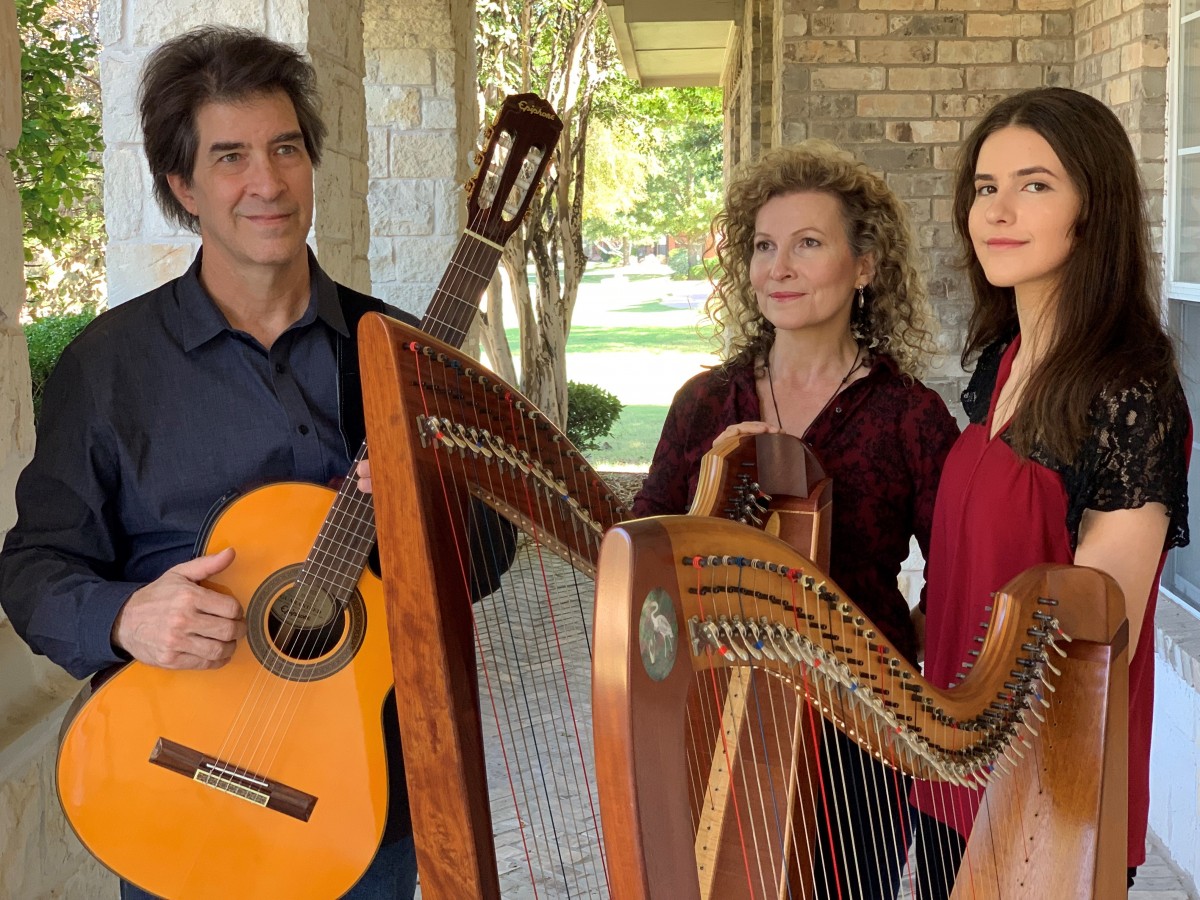 Come see Sarah, Pamela and Randy Copus at the Allen Public Library Theatre for the Celtic Christmas Show on December 20th, Friday, starting at 7:30 pm. This is a FREE show, so come early to get a seat.

Sarah Copus is an award-winning and billboard charting singer/songwriter. She has had some extraordinary success: two albums that hit the Billboard charts and feature her as a lead singer with radio airplay across hundreds of stations worldwide, and she won two Best Vocal Album awards from the Zone Music Reporter Awards Show in 2015 and 2019. Sarah's 2017 album “Moorland Winds” was accepted into the first-round voting for the 60th GRAMMY Awards. She has performed with Emmet Cahill of Celtic Thunder and with Irish musical sensations, Téada as an opening act for their Irish Christmas in America tour.  She has been featured as a soloist at concerts of major touring artists like Celtic Woman and The Irish Tenors.

She is joined by her father Randy Copus, who sings and plays piano, electric cello, guitar, bass, and keyboards, and her mother, Pamela Copus who also sings and plays flutes, harp, keyboards, and a wind instrument called a WX5. Other performers will join Sarah with Matthew Cook on bouzouki, Nathan Kennedy on fiddle. Irish dancers will be in the line-up with Kendall Thomas and Colin Troy.

The show will open with a bagpipe processional by Jimmy Mitchell, then followed by Shaun Young of the KelticDead who will explain how the Celtic Grim Reaper became what we know as "Santa Claus" and play the only "real" Celtic Yule Tide tune known.