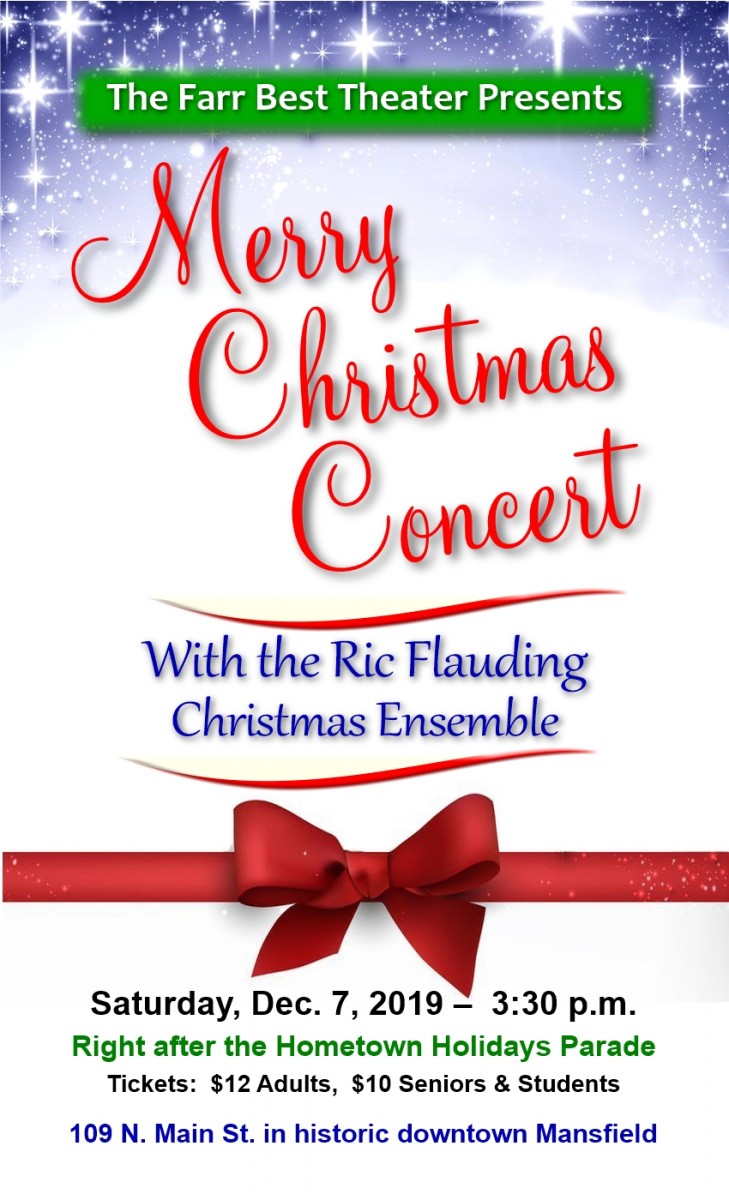 Join us at the Farr Best Theater, Saturday, December 7 at 3:30 p.m., immediately following the Holiday Parade, in Historic Downtown Mansfield for a festive afternoon of music to get you into the spirit!

Ric Flauding is a uniquely gifted artist, award-winning composer and performer. He has been called a "poet without words" because of the dramatic emotional content of his music. He has composed and orchestrated music for the London Symphony, Fort Worth Symphony, Plano, Irving Symphony’s, and others, and has worked with some of America’s best-known recording artists in LA and Nashville. His works have been featured in radio, television and film. Ric studied composition with Pulitzer nominee Dr. Albert Harris and renowned composer Roy Harris, among others and Film Scoring at UCLA. To date he has released twelve popular albums. The newest, The Journey Collection, includes seven original compositions for guitar and ensemble along with the powerful Latin-themed “Suite for Guitar.”

For this concert at the Farr Best Theater, Ric and the performers have chosen an exciting mix of Ric’s most popular Christmas and original instrumental favorites.