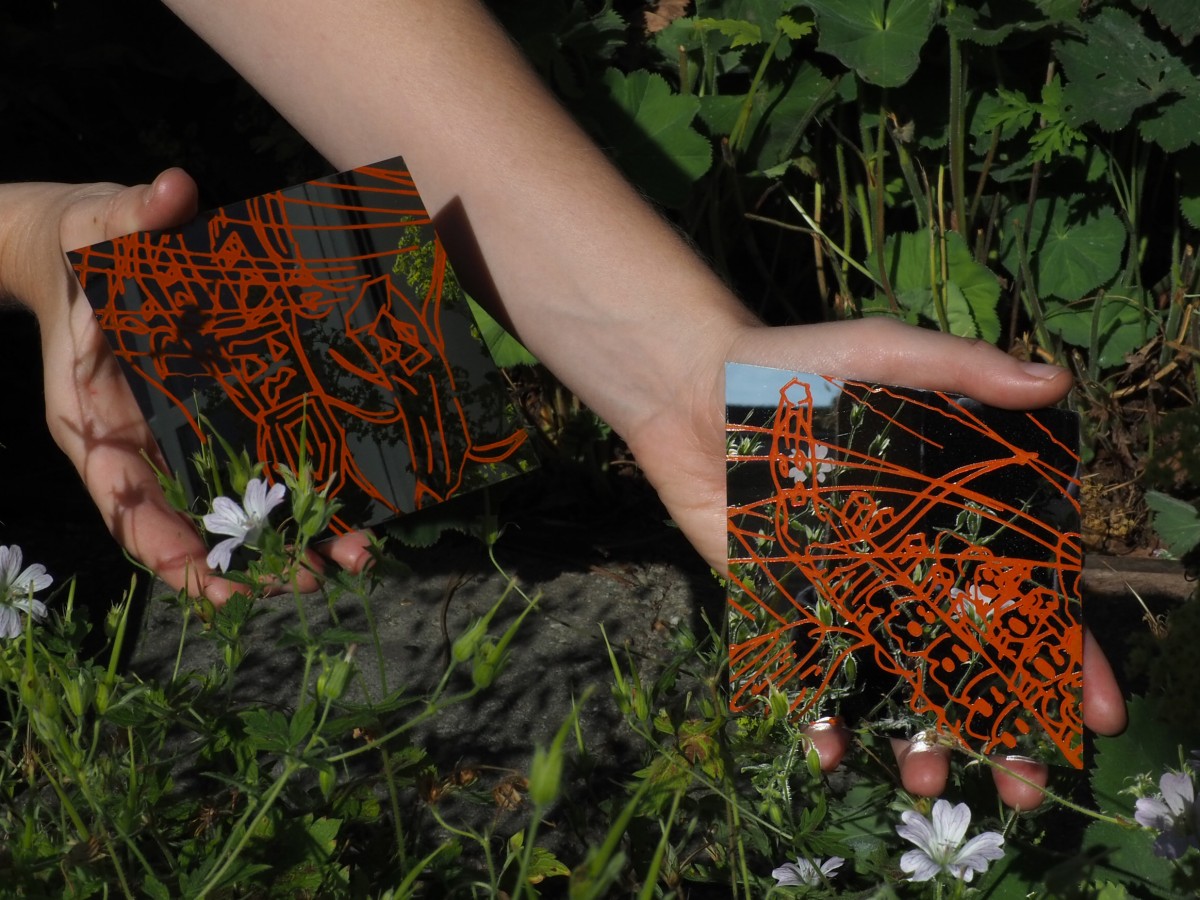 Cydonia Gallery is pleased to announce Dorotabo, a solo exhibition featuring works by Elise Eeraerts. This will be the artist’s second solo presentation with CYDONIA. The exhibition runs from November 22 to January 26, 2020. An opening reception will take place from 6PM to 8PM on Friday, November 22.

Based on Eeraerts’s research in Japan, Dorotabo focuses notions of regeneration found in myths, technology, and earth’s history to articulate how humanity is inextricably tied to nature. The title references the folkloric story of toiling farmers’s ghosts transforming into mud spirits that haunt improperly maintained rice fields. Eeraerts takes inspiration from this Japanese lore as a fundamental way in which humanity can understand our connection with nature and the current phenomena of our ecological crisis.

Soil has been an enduring medium to contemplate the relationship of culture with natural matter for the Artist. Delving deeper into the historical and material salience of soil, Eeraerts employs techniques that inform historical pedogenesis. Large scale silk screen prints of soil peels near Tomakomai reveal a history stretching well beyond our own to elucidate seismic disturbances that indicate traces of volcanos and tsunamis. Connecting the past with the present, we see how human activity and even part our identity is interrelated to natural disasters.

In the same way Eeraerts studies nature’s impact on human culture, she likewise explores human material interventions that impart transformation. Boron carbide, a ceramic used to mitigate the effects of radiation, serves as a foundation for her geometric and material investigations in Dorotabo. In a similar way that nature restores itself from seismic shifts, it can be observed how human processes cycle from pollution to remediation. This overlap is distinctly pointed towards with the use of boron carbide powder as the printing material for her prints Dorotabo (volcano) and Dorotabo (tsunami). Additionally, she observes boron carbide’s molecular geometric resemblance to the stretched cube, a recurrent motif for the Artist. Works composed of boron carbide and geometric elements of the stretched cube demonstrate an interconnection between the artist, natural matter, and technology.

Illustrations in Myth on Mirror, as well as her brass wireframe series Miniature, debut an overlap of this geometry, with organic forms that relate to the human figure and expression. By adopting organic and animistic forms, Eeraerts taps into the vernacular of myths relating back to green man, Celtic geometry, and even cave paintings. Illustrating her own myths based on the fundamental structure shared by these depictions, Eeraerts’s body of work reflects on how the landscape has and can still be a site for spiritual contemplation.

“All these ideas suggest a sacred and animated nature, equally emotional as human beings are. That way the concept of alienation in our physical relationship and alteration in our spiritual perception of nature is questioned.”

CYDONIA and the artist express our gratitude for support from Flanders State of the Arts.

Elise Eeraerts holds an MFA from Sint-Lukas University College of Art and Design in Brussels. In 2011, she was subsequently awarded a Master Scholar diploma from the Institute fur Raumexperimente in Berlin. She has exhibited in galleries and museums throughout Spain, Belgium, Italy, Switzerland, Germany, Iceland, Finland, and Japan. In 2016, she was awarded a yearlong residency at Casa de Velasquez in Madrid, Spain, and she won first place in Land Art Division from the Arte Laguna Prize in Venice. Recent shows include Our Mathematical World and No Blossom, No Moonlight both in Belgium, the Celeste Prize exhibition in London, and SAMPLE curated section at Zona Maco in Mexico City. She debuted a solo presentation, ‘Ritual Reality’ as part of the Atelier Calder residency in 2018. In 2019 she received the Smithsonian Artist Research Fellowship to pursue her current research of soil and climate change and is currently participating in the La Becque residency program.