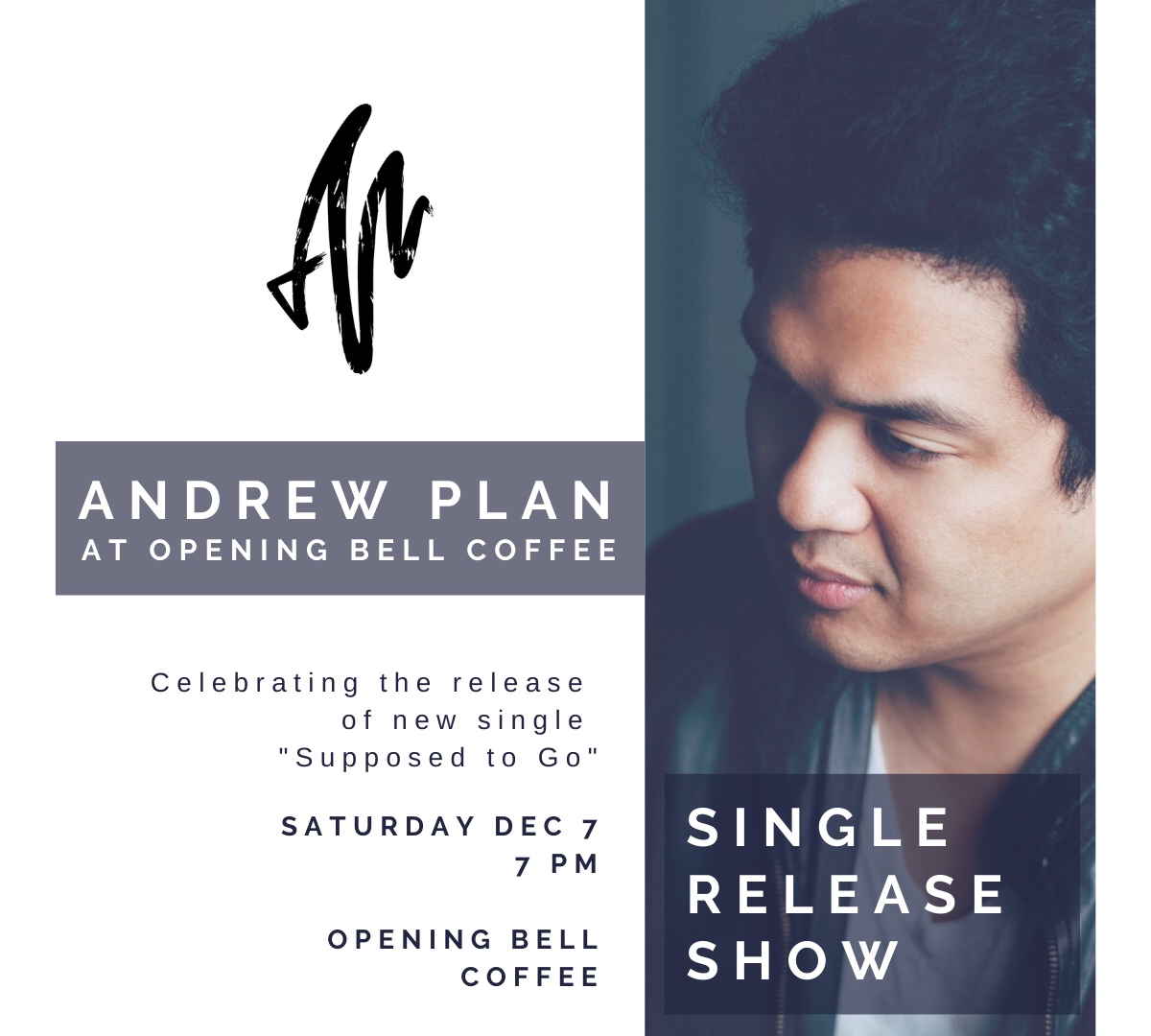 Dallas-based independent artist Andrew Plan is gearing up for the launch of his first commercial single “Supposed to Go” and single release show at Opening Bell Coffee on Saturday, December 7th. Both the single and show represent bold new territory for Andrew, as he combines his organic musical roots with his love for the sounds of contemporary pop, and starts to carve out his place in the Dallas music scene and beyond.

Co-written with Selby Copeland and produced by Denny White and Andrew himself, “Supposed to Go” reflects on the beginning of the years-long journey that Andrew’s been on since he walked away from the path to becoming a doctor to pursue music on his own terms. Elaborating on why he chose this song as his next single, he says “‘Supposed to Go’ feels like the perfect introduction to my story and artistry. It captures the moment I realized my life was heading in the wrong direction, and the messy courage that it took to change course and venture into the unknown to pursue my dreams. I hope that sharing my own experience will comfort and inspire those going through similar situations.”

This all-ages and inspiring show is not to be missed and will be one of Andrew’s final events of 2019.