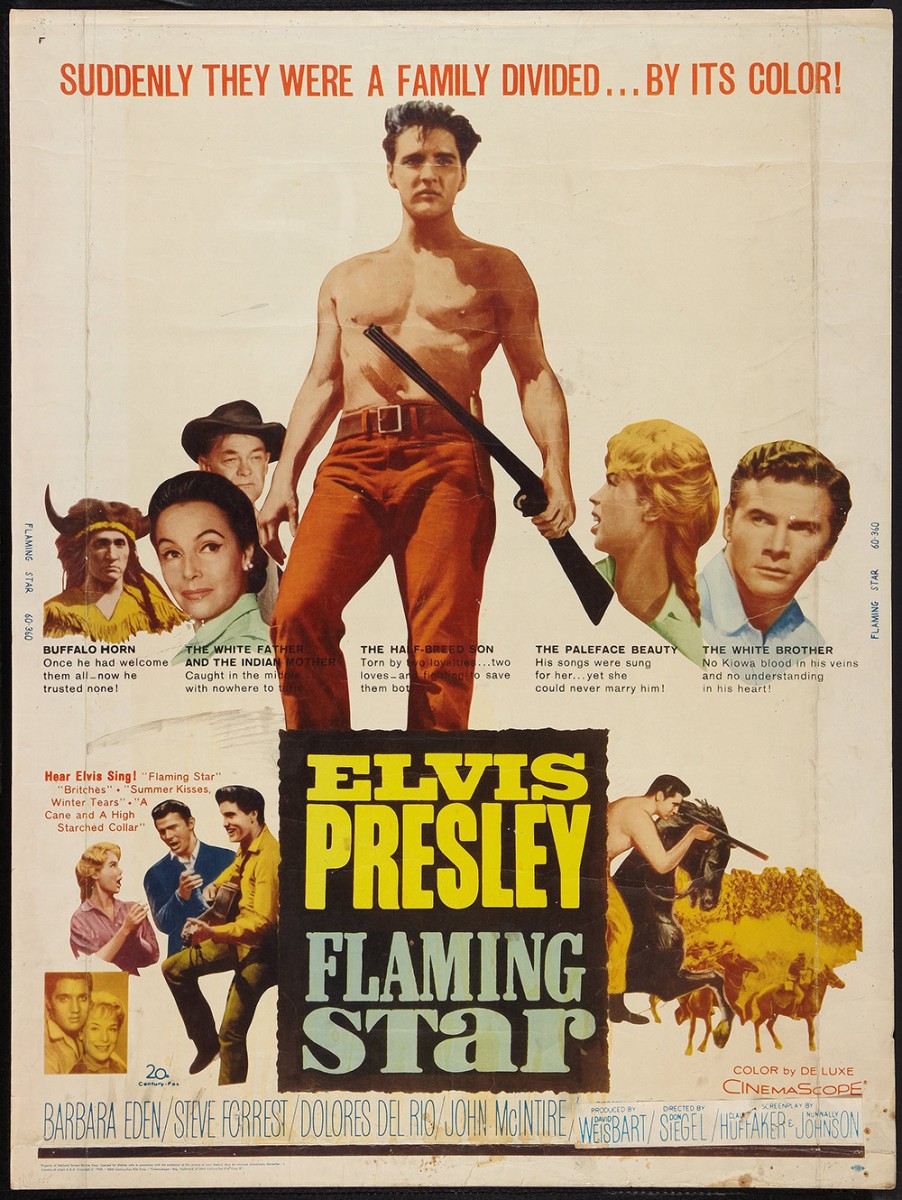 FLAMING STAR (1960) Saturday, August 15 at 7:30 p.m. APP, 101 minutes Starring: Elvis Presley, Barbara Eden & Steve Forrest Directed by Don Siegel When fighting breaks out between two cultures in West Texas, the mixed-blood Pacer tries to act as a peacemaker, but the "flaming star of death" pulls him irrevocably into the deadly violence. **ELVIS NIGHT – come in costume and get a free small popcorn.