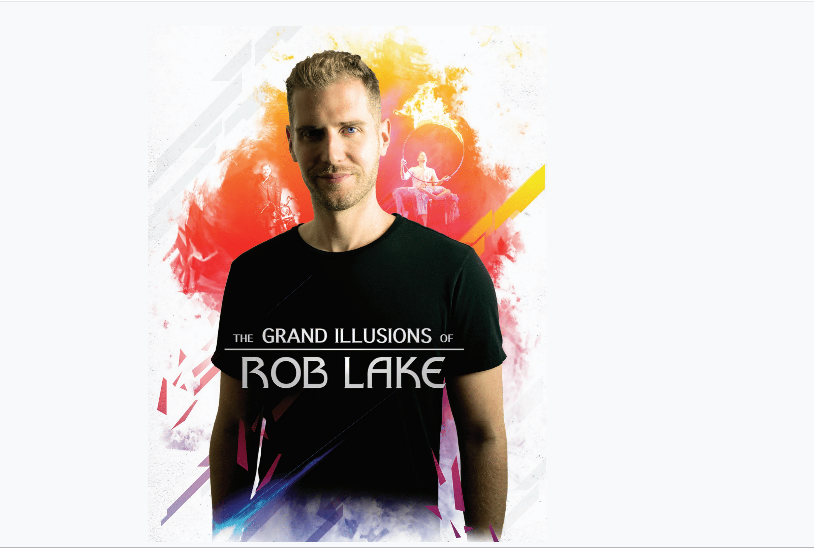 Known as one of the world’s most celebrated illusionists and as a finalist on America’s Got Talent, Rob Lake is internationally renowned for his mesmerizing and award-winning illusion spectacular. Heart-stopping disappearing acts, mind-bending predictions, and otherworldly levitations, plus a popular appearance by Rob’s rescue dog; a Yorkie mutt named Roger, are all a part of the magic of the Grand Illusions of Rob Lake, premiering at the Music Hall at Fair Park December 26-28, 2019.

AS SEEN ON AMERICA’S GOT TALENT

“ROB LAKE TURNED THE ILLUSIONIST GAME ON ITS HEAD”—USA TODAY