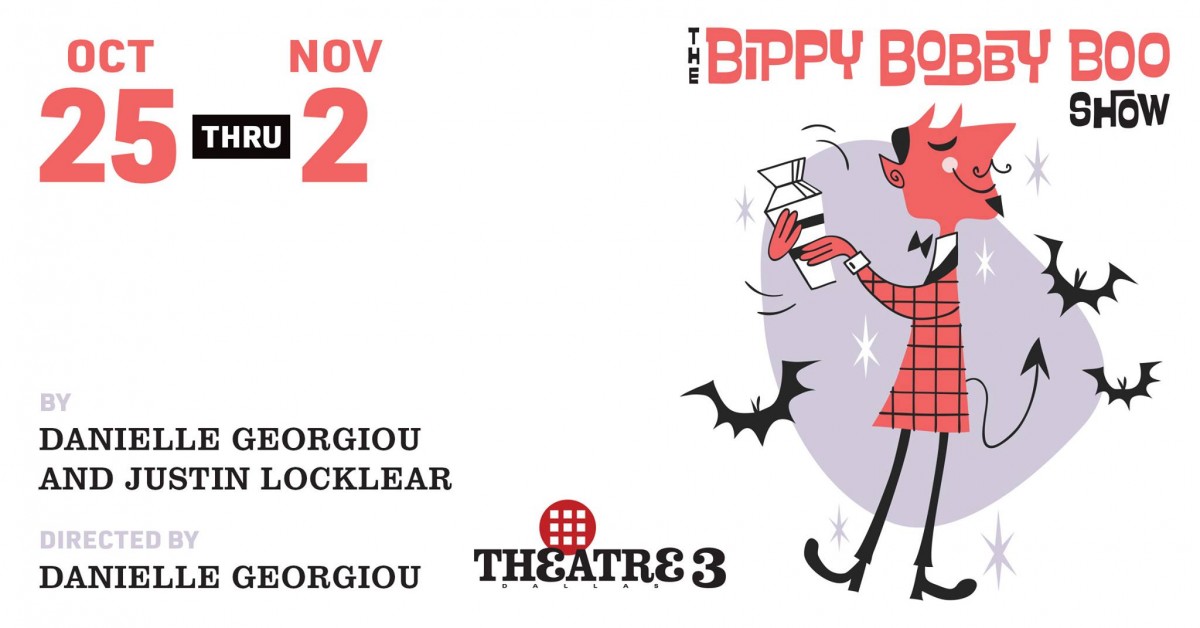 Dazzling with glitz and glamour of a 1960s musical variety show, THE BIPPY BOBBY BOO SHOW is a two-week haunting of Theater Too, the delightful downstairs space at Theatre Three Dallas. Bippy Bobby, the crooning, cocktail-toting ne’er-do-well, hosts this late-night limited engagement featuring performances by the six ghosts living in the belly of the uptown basement. Inspired by the plays they saw performed by Norma Young, Esther Ragland, Robert Dracup, and Jack Alder, the ghosts of Theater Too bring the works of Pirandello, Pinter, Albee, and Beckett into their acts. Come on down to the Boo Show Lounge, and enjoy the music, dance, and hilarity of this fall’s swankiest night of theater!