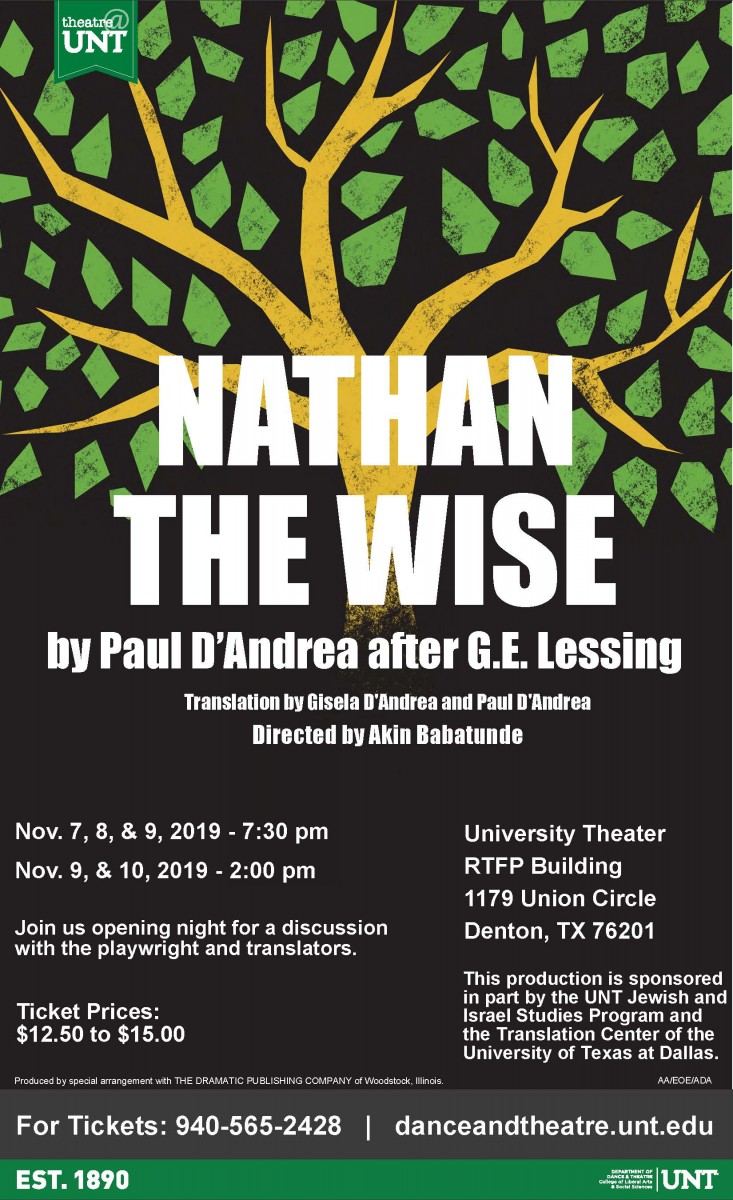 Nathan the Wise by Paul D'Andrea after G.E. Lessing

By Paul D'Andrea after G.E. Lessing

Nathan the Wise is the Western classic on religious tolerance. It offers a vision of Jews, Christian and Muslims as People of the Book, united by a shared and reverenced text, mutually respectful, giving one another rich gifts of particularity. In Jersalem in 1192, at the time of the Third Crusade, the Muslim sultan Saladin declares a truce in which Muslim, Christian and Jew are to live in harmony. The fragile peace is broken by a fiery young Templar and further threatened by Saladin's sister, the lady Sittah, and Heraklios, the Christian patriarch. Nathan is a wise and wealthy Jewish merchant whose wealth is sought by Sittah and Heraklios. The Christian Templar rescues Nathan's precocious daughter Recha from a fire. The two young people, Jew and Christian, are drawn to each other in love, a love which is fostered by Recha's nurse, Daya. Aided by a ubiquitous friar and a picaresque dervish, the two young people come up with an imaginative resolution to the issue of which is the one true faith, during the trial at which Nathan must defend his life.

Box Office Hours:
Monday through Friday from 1:00 pm to 5:00 pm
One hour prior to each performance.

Tickets to an individual production may be purchased approximately two weeks before that show opens. Seating availability is often limited, and many shows sell out quickly. Tickets can be ordered with a credit card over the phone by calling (940) 565-2428 or Metro (817) 267-3731 ext. 2428.

The Box Office is located in the RTFP building in the first floor lobby of the University Theatre (room 104). At our box office location, we can accept cash, checks and credit cards.

The box office opens one hour prior to each performance for will-call and to sell any remaining tickets for that performance.

We do not hold unpaid reservations for our performances. All sales are final. There are no refunds or exchanges.