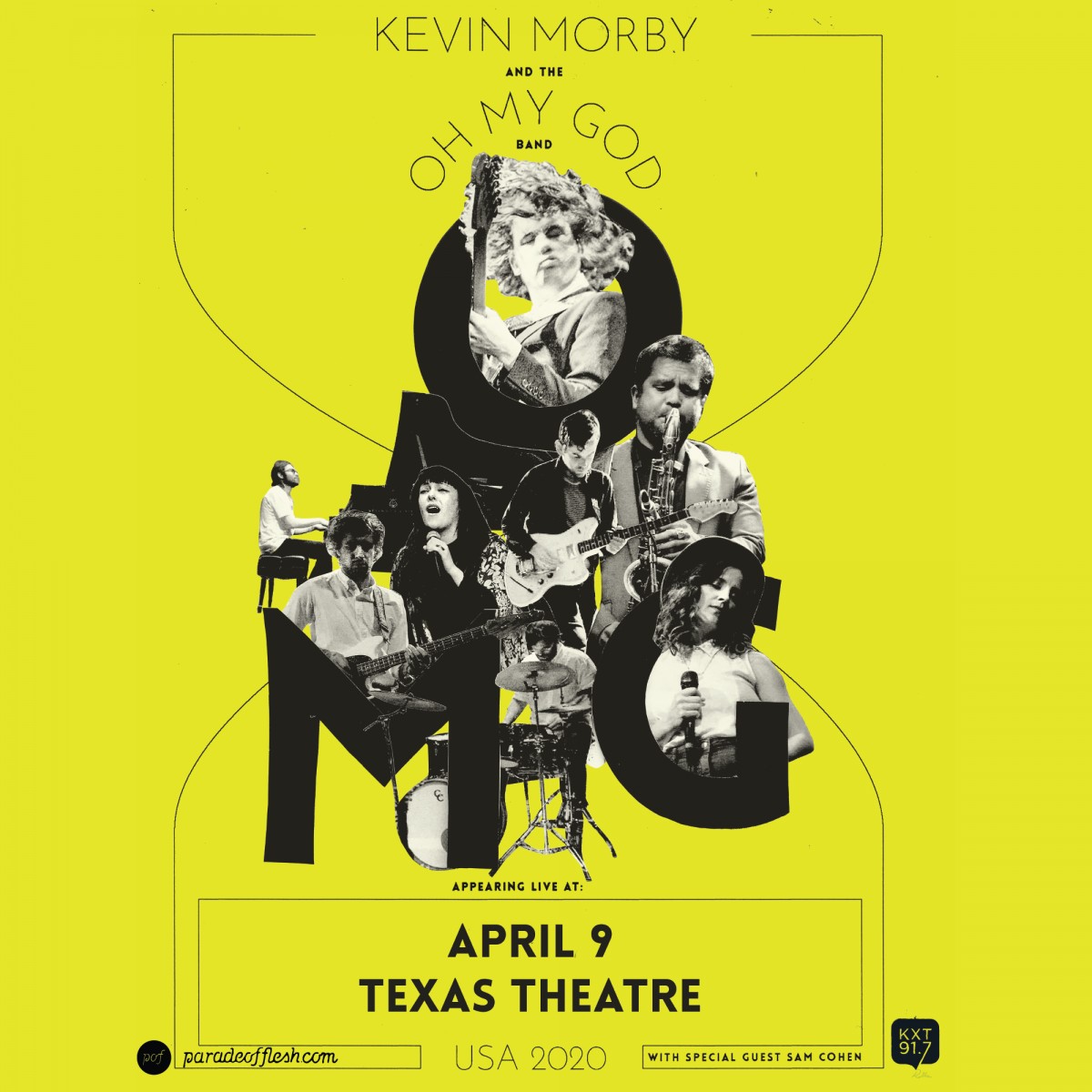 **This event has been canceled. For ticket information or questions, please refer to your point of purchase.

Kevin Morby heads to Texas Theatre on Thursday, April 9, presented by KXT and pofTX. Doors open at 7pm. Show starts at 8pm. Sam Cohen will also perform. This event is for all ages.

With his four acclaimed solo albums and myriad records of various collaboration, Kevin Morby has become a true musical auteur. His singular vision, evocative lyrics, and aptitude for catchy, dense songwriting has placed him firmly among the ranks of modern icons like Bill Callahan, Kurt Vile, Sharon Van Etten, Will Oldham, and Jeff Tweedy. Each Morby record possesses its own unique persona and explores intriguing themes and fertile terrain through shifting, focused textures and dexterous, dedicated skill. And now, with the lavish, resplendent, career-best double LP Oh My God – with whom Morby made his 2016 breakthrough Singing Saw – Morby delivers a grandiose director’s cut of his biggest statement to date, epic in scope as well as sound.Throughout his past work, Morby has noticed the ubiquity of an apparent religious theme. Though not identifying as “religious”, Morby—the globetrotting son of Kansas City who has made music while living on both coasts before recently returning to his Midwestern stomping grounds—recognizes in himself a somewhat spiritual being with a secular attitude towards the soulful. And so, in an effort to tackle that notion head-on and once-and-for-all, he sat down in his form of church—on planes and in beds—and wrote what would become his first true concept album. “This one feels full circle, my most realized record yet,” says Morby. “It’s a cohesive piece; all the songs fit under the umbrella of this weird religious theme. I was able to write and record the album I wanted to make. It’s one of those marks of a life: this is why I slept on floors for seven years. I’ve now gotten the keys to my own little kingdom, and I’m devoting so much of my life to music that I just want to keep it interesting.”