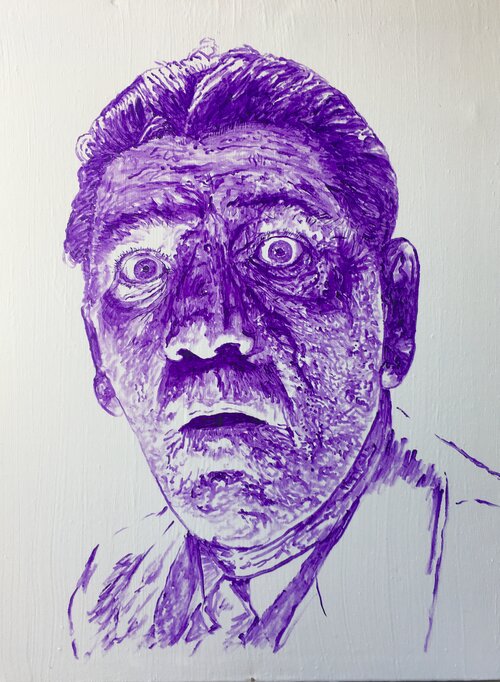 Titled simply New Works, this is the first in a series of solo exhibitions of Mr. Hickman’s work to be presented by Arts Mission Oak Cliff as a part of his recently garnered artist residency at the Oak Cliff arts center. Of the exhibition and residency, Hickman stated, “I’m excited to be back in Dallas with a new show and a new home at such a fresh and vibrant arts enclave.”

Josh Hickman works and lives in Oak Cliff. His work concentrates on the struggle to make the internal-external, often exploring the unconscious, dream imagery, and the influence of pop media influences such as film, television, and the internet. This is his first solo exhibition in four years, Mr. Hickman having garnered two solo shows previously in Los Angeles. His work includes acrylic and oil on canvas and wood, among other mediums, and has been displayed at the Dallas Museum of Art and the Trammel Crow sculpture garden.