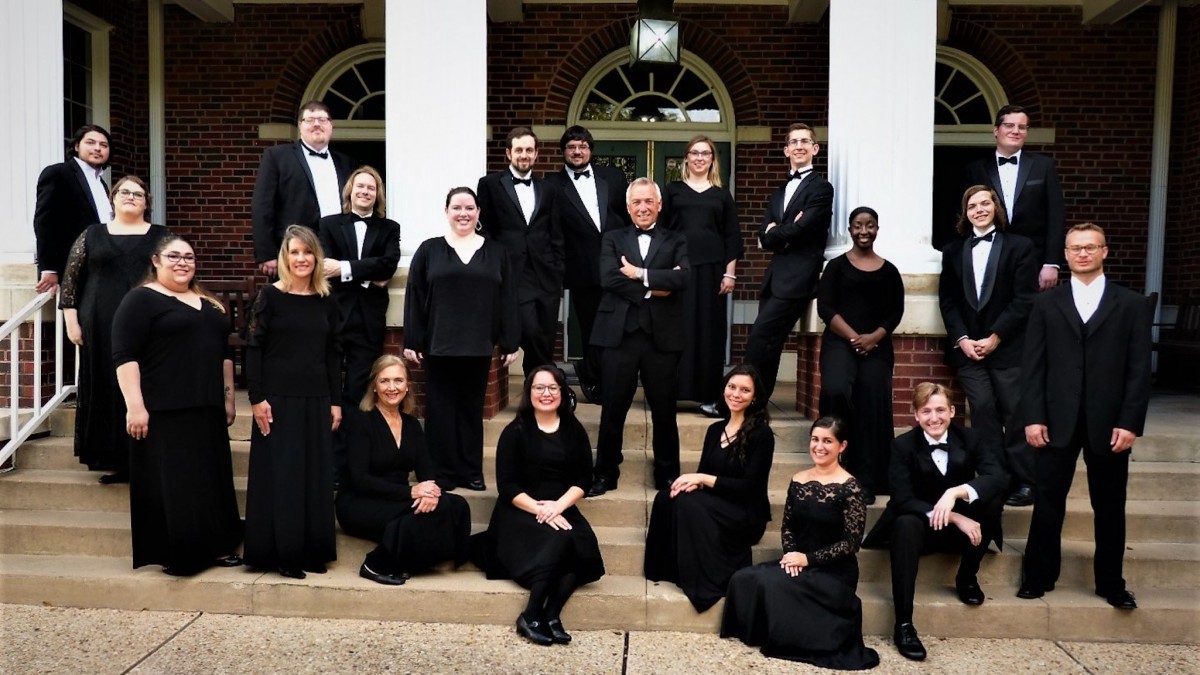 VOICES of Fort Worth will kick off its 2019/2020 Season with an eclectic program spanning everything from Norwegian composer Kim André Arnesen’s Even When He Is Silent, a moving piece set to text found written on a wall at a concentration camp after World War II, to the blusey, traditional African-American spiritual The Trumpet Sounds Within-A My Soul. This free performance will take place at First Christian Church in Arlington on Saturday, October 19 at 7 p.m.

Founded by the chair of the Texas Wesleyan University Music Department, Dr. Jerome Bierschenk, this a cappella chamber choir celebrated its seventh anniversary in May. Since its 2012 debut, VOICES has grown from a handful of Texas Wesleyan students and alumni to an ensemble that attracts talent from all over the Metroplex. One of Dr. Bierschenk's goals for the group is to grow it to recognition not only in the DFW area but throughout the state of Texas. As the only ensemble of its kind in Fort Worth, the young chamber choir has already started collecting awards. In 2017 the ensemble was named as a semi-finalist in the American Prize for Choral Performance competition, and in 2016 VOICES had the honor of being the only community chorus chosen to perform at the Southwestern American Choir Directors Association Conference in Kansas City.

VOICES is comprised of approximately 24 singers, with only three voices per part. Dr. Bierschenk works tirelessly with his group to achieve a pure Renaissance tonal quality, prompting audience members to describe VOICES' sound as "heavenly," "stunningly beautiful" and "absolutely breathtaking." In addition to their acoustic excellence, venues are chosen carefully to enhance the overall experience for concert goers, serving up a feast for the eyes as well as the ears. Past performance spaces have included the starkly modern Renzo Piano Pavilion of the Kimbell Art Museum, the architecturally inspiring Marty Leonard Chapel, and the charming sanctuary of the historic Church of Christ the King.

Artistic Director Dr. Bierschenk originally formed the group at the request of a student who sought to challenge himself by singing with a select group of musicians. Today, spots in the ensemble are by audition only, and Dr. Bierschenk looks for extensive singing experience and excellent sight-reading abilities in prospective members, as singers are expected to read their voice parts without the aid of an accompanist even during rehearsals. Most members studied music in college, and many are employed professionally as directors of music at churches and schools in the Dallas Fort Worth area.

Appointed Chair of the Department of Music in 2014, Dr. Bierschenk began his tenure at Texas Wesleyan University in 2007 as Director of Choral Activities. Formerly the Artistic Director of The Texas Boys Choir and Fine Arts Director for the Fort Worth Academy of Fine Arts, Dr. Bierschenk started out as an instrumentalist, serving as a band director in the Austin, Birdville and Weatherford school districts for 20 years. He received his Doctor of Musical Arts in Choral Conducting degree from the University of North Texas in 2003. An exceptionally talented musician, Dr. Bierschenk’s choir members know him for his high standards of excellence and his ability to bring out their best.

There is no admission charge for the concert, however donations will be accepted. The concert will last approximately 90 minutes and include an intermission. For more information, call 817-713-4536.