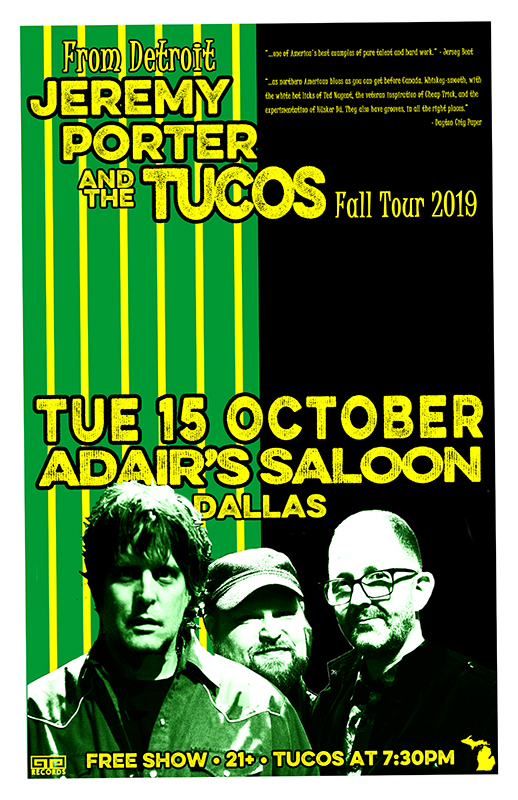 Jeremy Porter and The Tucos (from Detroit) - Live at Adair's!

On Tuesday, October 15th, Jeremy Porter and The Tucos, a rock and roll band from Detroit, MI, are making their second appearance at Adair's Saloon in Dallas. They first played Dallas in 2017. Their music is a combination of classic American powerpop like The Plimsouls and The Knack and alternative/roots bands like Uncle Tupelo and The Replacements. The Tucos are coming off a 9-city tour of the UK in late 2018, supporting their third Album `Don't Worry, It's Not Contagions`, released in 2017 on GTG Records.