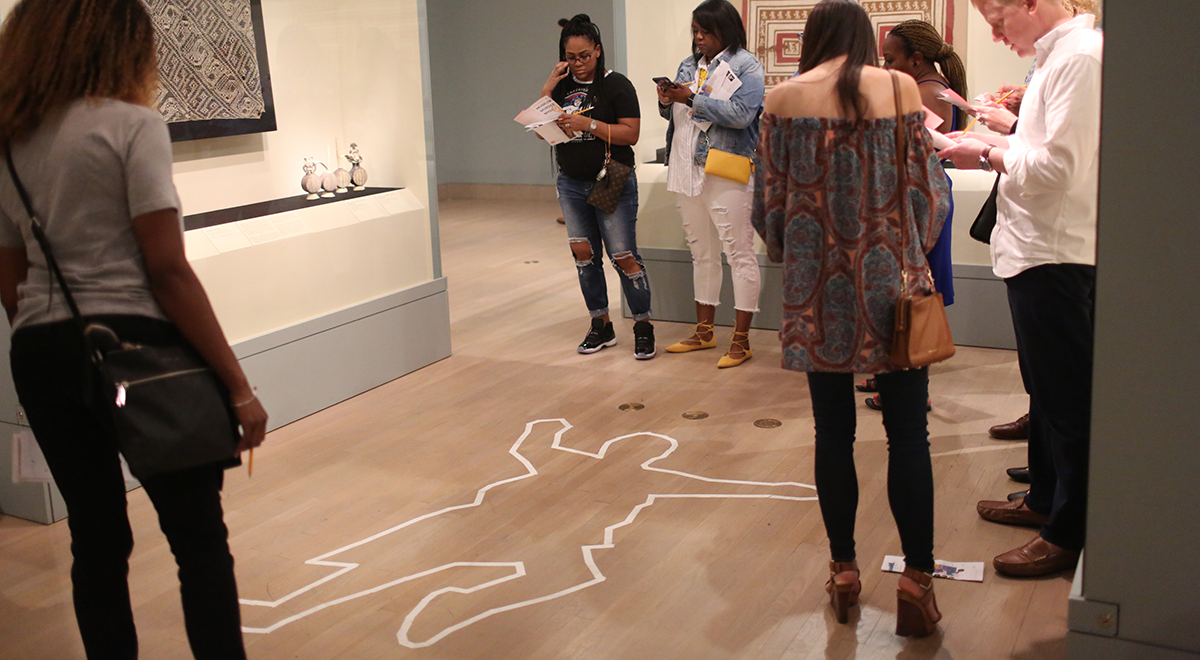 Have you ever wanted to play a live game of Clue? Now is your chance to put your detective hat on and solve one of our popular Museum Murder Mysteries. Eros, God of Love, has been murdered! It is up to you to discover the room where the murder took place, figure out what was used as the murder weapon, and interview key suspects, including George Washington, Mrs. Seymour Bathurst, and Cinderella, throughout the Museum. Solve the murder mystery and be entered to win one of five great prize packs, including a gift certificate to the DMA Store. At 9:30 p.m., the murderer and motive will be unveiled to all and the winners of the prize packs will be announced.

This event is for ages 16 and up.
$35 public$30 DMA Members and students (must present valid ID)