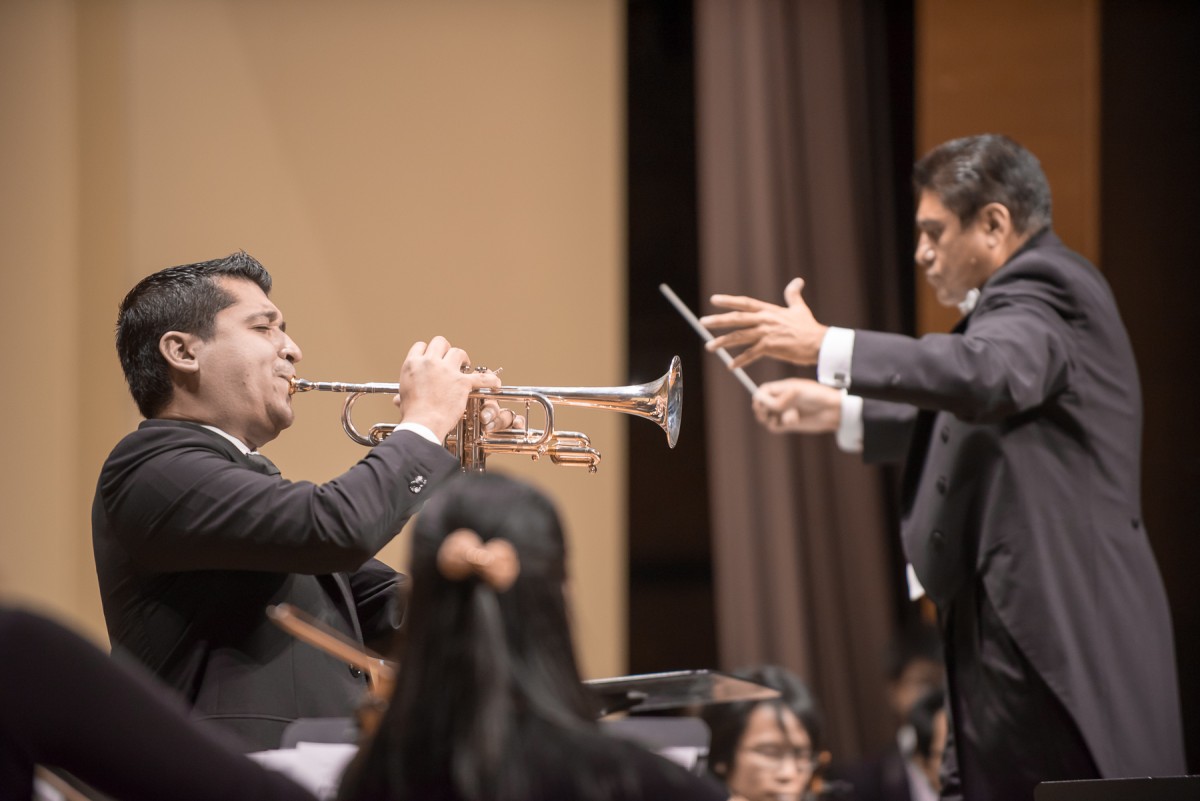 The 12th biennial Latin American Music Festival will celebrate “lo mejor de Venezuela,” or the best of Venezuela, with daily events Oct. 6-11, including musical performances from international guest artists as well as TCU School of Music students and faculty.

Guest artists include Pacho Flores, a world-renowned trumpet soloist; Eddy Marcano, one of the most celebrated South American violinists; Jorge Polanco, a young, self-educated player of the cuatro, an instrument similar to a ukulele; Layo Puentes, a C/bass and maracas instrumentalist who studied at Carnegie Mellon University; and Latin Grammy Award-winning singer María Teresa Chacín.

The festival will begin with a trumpet master class taught by Flores on Sunday. Additional featured events include performances by Los Imposibles – an ensemble of Flores, Marcano, Polanco and Puentes – with the TCU Jazz Ensemble as well as the TCU Symphony Orchestra. The week of events will culminate with a discussion about “El Sistema,” a publicly financed music education program in Venezuela, as well as the current social and political climate of the country. Carolina Pereira, the Dallas-based news anchor of Estrella TV, will moderate the discussion with journalist Max Lefeld and TCU School of Music faculty member Dr. Timothy Watkins. The talk will be followed by a free solo performance by Chacín.

Founded in 1997 by Dr. Germán Gutiérrez, professor of orchestral studies in TCU’s School of Music, the biennial Latin American Music Festival hosts highly acclaimed Latin American composers and artists to perform, teach and share their expertise with the TCU and Dallas-Fort Worth communities.