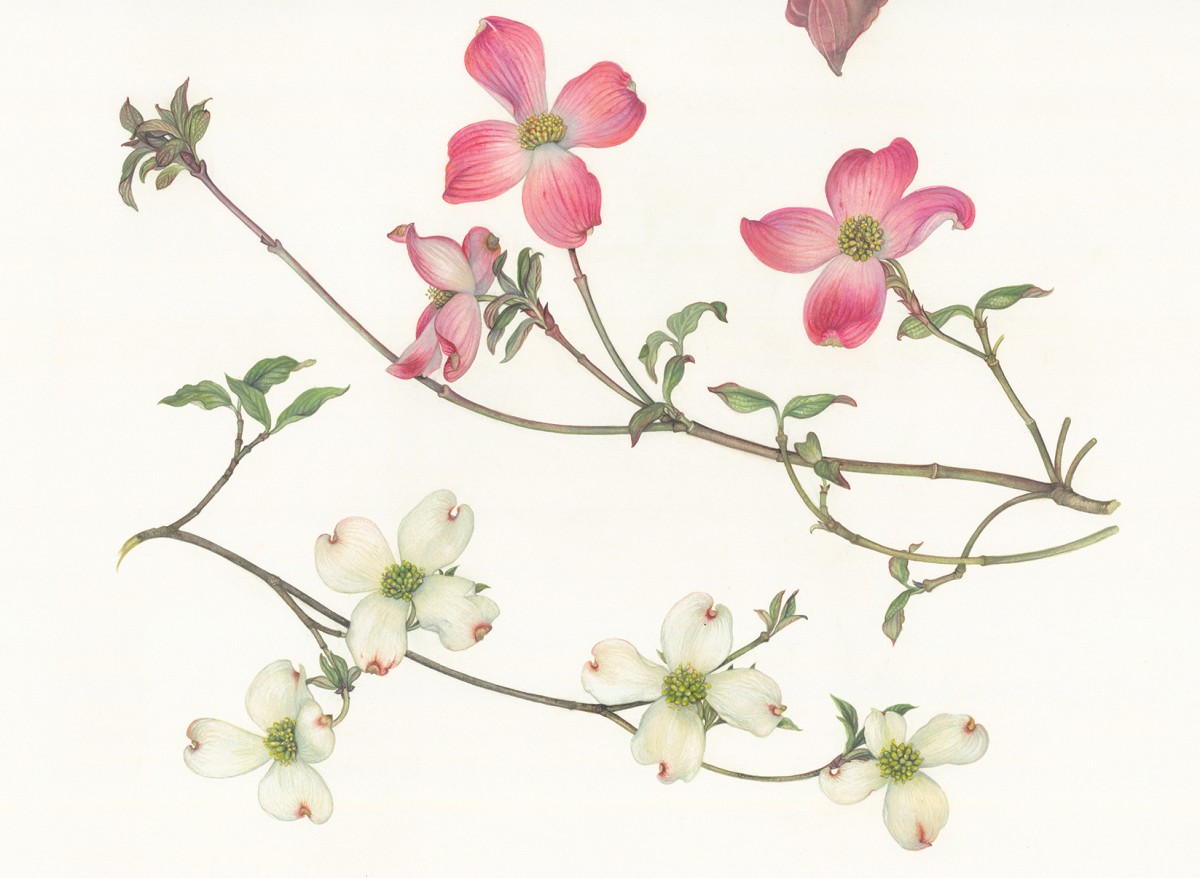 BRIT is proud to host the landmark exhibition, Botanical Art Worldwide: America’s Flora, as part of a worldwide project organized by the American Society of Botanical Artists. America’s Flora features original works by contemporary American artists portraying plants native to the United States and is one of many national exhibitions launched simultaneously in 25 countries on six continents.

Working in collaboration with the US Botanic Garden, the exhibition includes plants from around the US, from cacti to woodland wildflowers to trees. The work shown in this exhibition represents only a small percentage of the estimated 20,000+ plant species in North America. Although a small percentage, subjects range from species new to science and threatened with extinction, to those that are quite widespread and familiar. Members of the American Society of Botanical Artists worked over four years on the project, creating 240 images of U.S. native plants. Forty-six 46 works were selected by jurors featuring plants from around the country, including the flowering dogwood of East Texas, saguaro cactus from the desert southwest, bigleaf maple from the west coast, and numerous species of the  eastern U.S. Familiar plants are shown, including sunflowers and violets, as well as rare species such as lady’s-slipper orchids.

The artists in this exhibition have created works of art devoted to the indigenous plants of the U.S.A., while hundreds of artists around the world have depicted plants indigenous to their home countries. Each country will provide up to 40 images of works in their exhibitions to be compiled into a digital slide show that will be shown at BRIT.

The global Botanical Art Worldwide collaboration aims to increase appreciation and understanding of the world’s plant diversity (estimated at 400,000) and to link people with plants through botanical art. Art at BRIT shares this mission, with exhibitions of botanical art and artwork dealing with topics such as ecology, plants, sustainability, conservation, and the natural world. We honor and celebrate the traditional roots of botanical art, while also expanding and redefining the field for the 21st century.