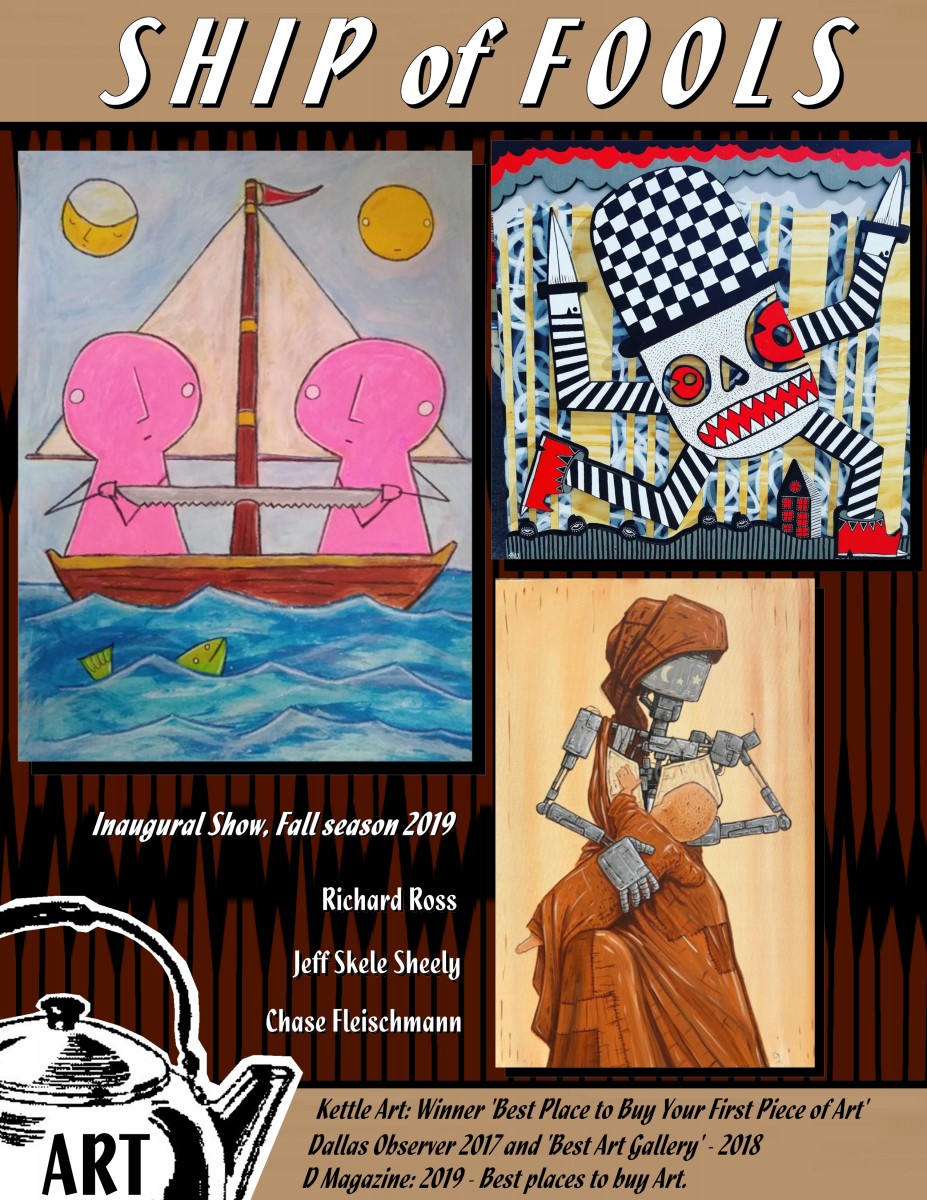 Ship of Fools (Das Narrenschiff) is a satirical poem written by Sebastian Brant in 1494, based on an allegory originating in Book VI of Plato’s Republic. The narrative centers on the dysfunctional crew aboard a fleet of ships en route to Naragonia, The Paradise of Fools. Despite their collective inexperience, the sailors individually devise their own, distinct plans for charting the course, resulting in chaos, mutiny, and ultimately, the sinking of the ship. Along the voyage, Brant draws symbolic analogies between archetypal characters and representative segments of the population in a scathing social commentary.

As the filters of society, artists’ souls reflect the light found in the mirrors of classic archetypes, still as applicable and relevant today as they were in Brant’s and Plato’s eras. Ross, Sheely, and Fleischman pick up the mantle in a unique, visual narrative, exploring these themes in their current bodies of work.

‘Made In America’ Is A Portrait Of Dallas (With Audio)