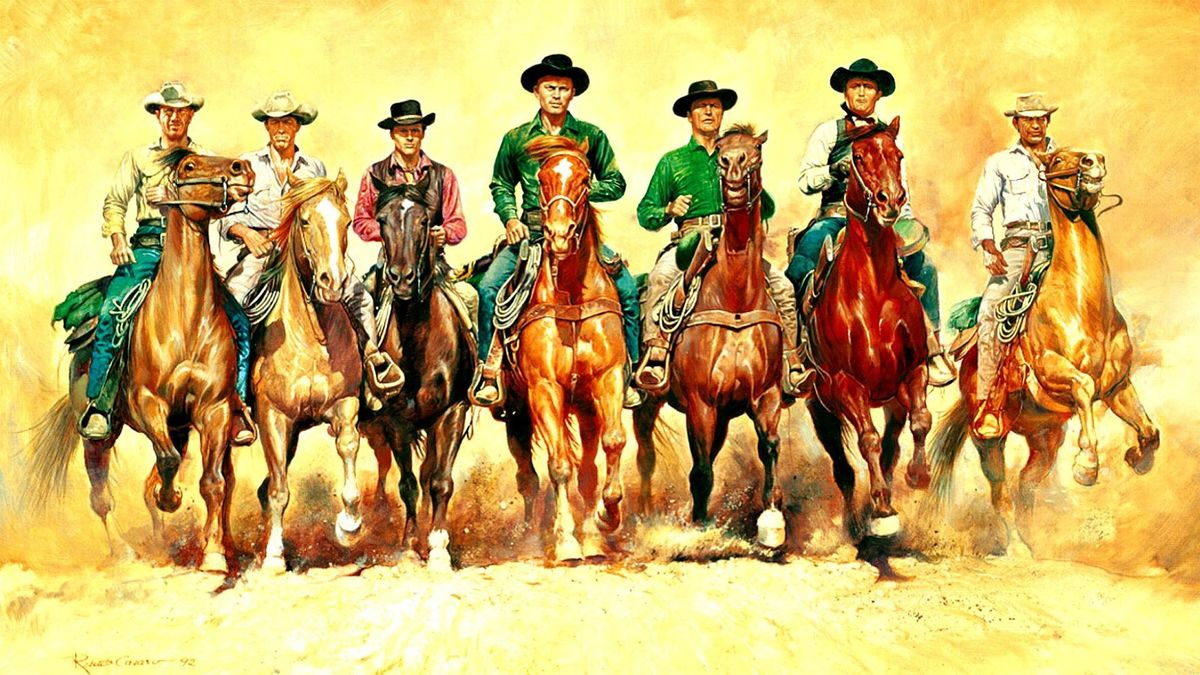 A Mexican village is at the mercy of Calvera, the leader of a band of outlaws. The townspeople, too afraid to fight for themselves, hire seven American gunslingers to free them from the bandits' raids. The professional gunmen train the villagers to defend themselves, then plan a trap for the evil Calvera.

The Texas Theatre, The Majestic Theatre, Dallas Office of Cultural Affairs and the and the National Endowment for the Arts 'Big Read' present a special screeening of John Sturges’s classic 1960 western with Steve Mcqueen and Charles Bronson - The Magnificent Seven!

In this year's 'Big Read' Novel - "Into the Beautiful North" - By Luis Alberto Urrea - A young girl in an Mexican villiage, inspired by The Magnificent Seven, vows to go on a mission to the U.S. to bring back seven men—including her father—to defend her villiage Tres Camarones against drug-dealing bandidos.

***
Also come out to the Texas Theatre on Sunday Oct 6th for a 35mm screening of the film that inspired The Magnificient Seven - Akira Kurasawa's sprawling spic masterpiece - SEVEN SAMURAI !