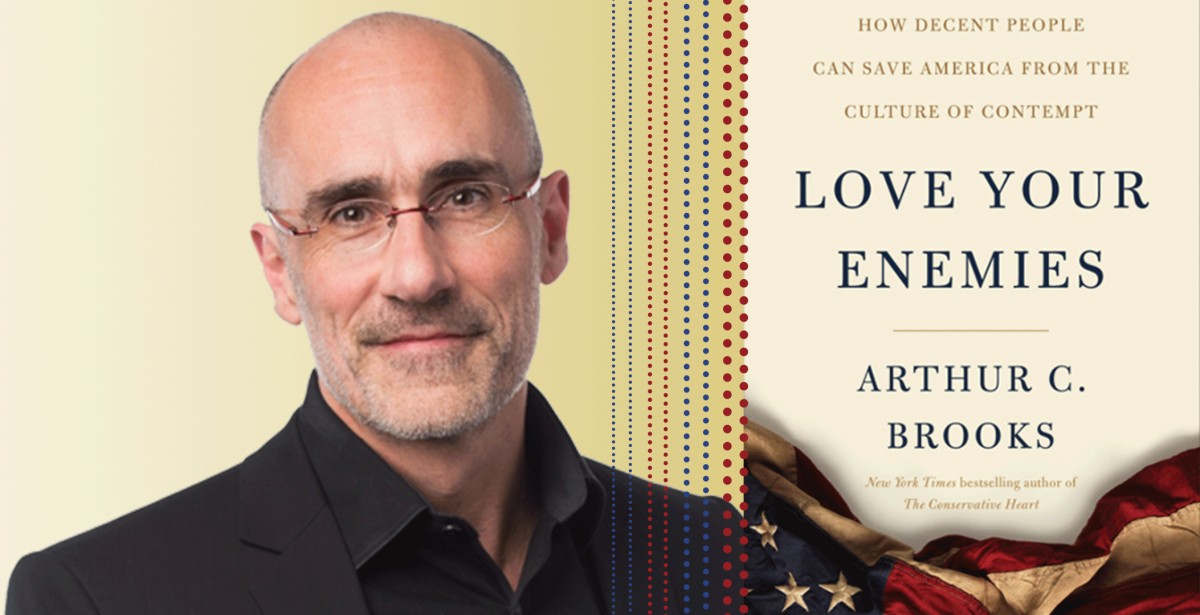 The Cary M. Maguire Center for Ethics and Public Responsibility is proud to present a lecture by Arthur C. Brooks, Professor of the Practice of Public Leadership at the Harvard Kennedy School and an Arthur C. Patterson Faculty Fellow at the Harvard Business School. Before joining the Harvard faculty, he served for 10 years as president of the American Enterprise Institute (AEI), a public policy think tank in Washington, DC.

In this lecture, Dr. Brooks will discuss his most recent book Love Your Enemies: How Decent People Can Save America from the Culture of Contempt. Here, he argues that America has developed a "culture of contempt" in which we increasingly view people who disagree with us not as merely incorrect or misguided, but as worthless. This, he argues, is warping political discourse, tearing us apart as people, and even wrecking our health. But we can fight back. According to Brooks, to overcome polarization, we shouldn’t disagree less, rather we should disagree better.

Drawing on ancient wisdom, cutting-edge behavioral science, and examples from history’s greatest leaders, Dr. Brooks shows how we can bridge national divides and make progress as a society, all while becoming happier and more effective people. Love Your Enemies is a guide to building a better country-but more than that, it is a roadmap to the happiness that comes when we choose to love one another, despite our differences.