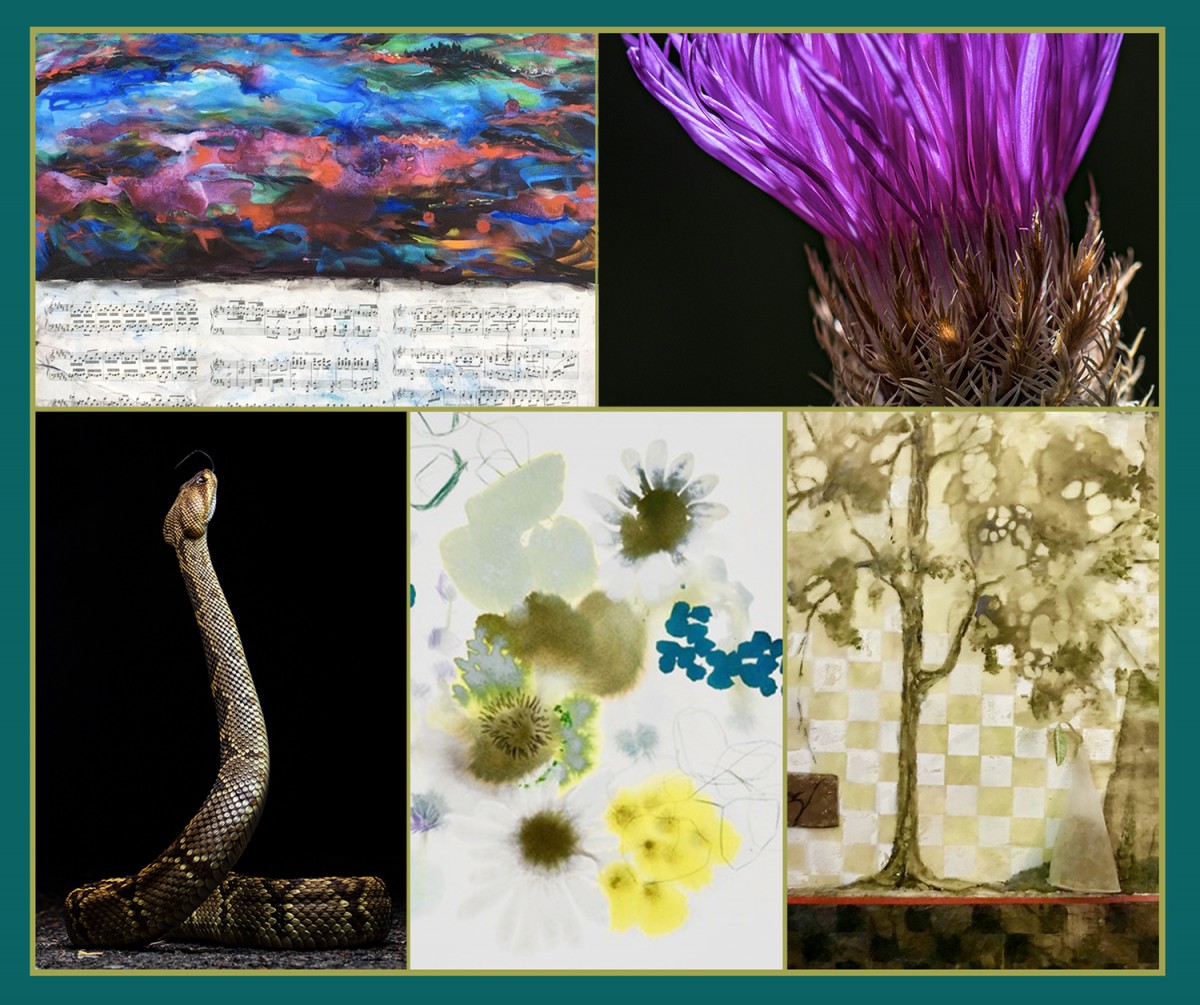 Perceptive Nature is an art exhibition that features works created in a variety of media that reflect the numerous creative approaches that artists choose when they explore the concept of nature.  The title of the show refers not only to the fact that, for this particular project, the natural world is the main source of inspiration for the five participating artists, but also to the inherent and distinguishing attributes of curiosity and observation belonging to the artists who unceasingly view their surroundings in rather insightful and sensitive ways.

Melanie M. Brannan is a visual artist who lives near White Rock Lake in Dallas.  Her paintings are inspired by nature and the effects of light, so it is not surprising that she refers to impressionism as one of her favorite art styles.  Melanie captures a sense of depth and movement in her work with her captivating compositions, mixtures of serene and vibrant colors, and elaborate paint layering techniques.  In addition to creating artwork, Melanie also holds art classes for children and adults.

Bob Curry is a Dallas artist with an insatiable curiosity for various photographic subjects.  From a very early age, Bob demonstrated an interest in capturing special moments of his life, including his family and friends and other facets of his world.  Bob sees small creatures as powerful representations of the beauty and intricacy of nature.  His macro photography images are indeed an enlightening revelation of the magnificence of the small details of our environment that often go unnoticed.

Nick Kanakis is a Dallas-based wildlife and conservation photographer and ecologist.  He is also a birding guide for Audubon Texas.  Nick uses his camera as an instrument of ethical art-making to record images of birds, insects, and reptiles.  His splendid conservation work has led him to understand that a photographer’s role in documenting and protecting wildlife involves not only the creation of the images, but also the promotion in the community of a deeper awareness and understanding of the high importance of his subjects.

Arienne Lepretre’s early life exposed her to a wonderful assortment of cultures and marvelous sights and experiences that continue to inspire her paintings to this day.  She observes that many of the places that she has inhabited and interacted with throughout her life serve as a strong foundation of her artistic language.  In addition to being influenced by the natural world, Arianne’s style is also informed by architecture, as demonstrated by her free and spontaneous mark-making and her interest in modernism.

Sylvia Thornton is a mixed media artist who lives in Dallas. Her wonderment of the environment began in her youth, after living  in geographically diverse locations such as Florida and Arizona.  The natural setting of these places and of her subsequent homes, full of contrasting physicality and overall character, have sparked the imagination of the artist.  In addition to her attraction to nature-related themes and to an array of art media, Sylvia also has an interest in art history and the human experience in general.