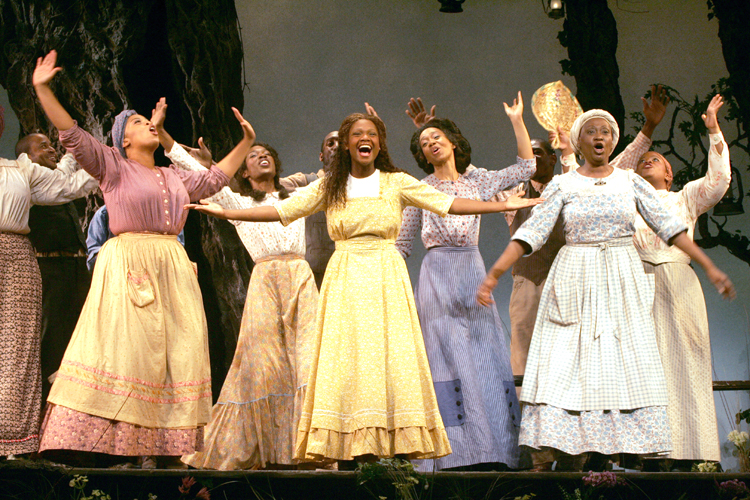 Lyric Stage celebrates Black History Month in February with its third show of the season, "Abyssinia." Based on the novel Marked by Fire by Joyce Carol Thomas, this musical was adapted and written by Ted Kociolek (Music/Book) and James Racheff (Lyrics/Book).

Set in Stillwater, Oklahoma at the turn of the 20th century, Abyssinia ‘Abby’ Jackson was born during a tornado and blessed with the gift of song and a voice that thrills and delights the entire community. Like Job, Abby is fated to undergo a series of trials, and consequently, her faith in both man and God is destroyed, so she vows to never sing again. Abyssinia’s withdrawal affects the devastated community like a long drought, but when Mother Vera takes the girl under her wing to teach her the ways of a healer, Abby begins to heal herself, her voice, and her community as she learns to relieve pain in others.

Lyric Stage originally produced "Abyssinia" in its 9th season, and couldn’t be more excited to share this powerful and moving show with Dallas audiences in its 27th season.