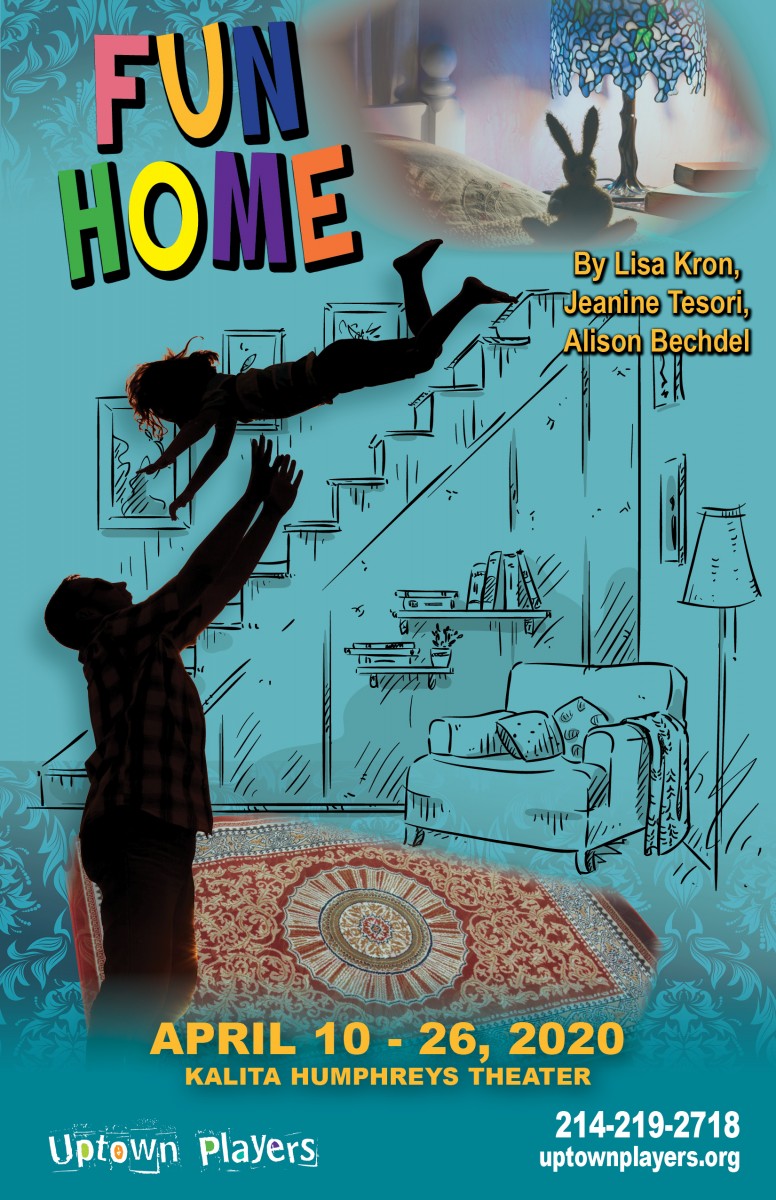 UPDATE: Uptown Players will be adjusting its performance schedule for the rest of the season, including its next production of Fun Home, which was scheduled to open on April 10. We are working to reschedule as much of the season as we can and will be sharing information about our schedule changes as soon as it is in place. We ask that you not call or email the box office to exchange or refund your tickets until our new schedule is published.

The winner of five Tony Awards, including Best Musical, Fun Home is a musical masterpiece adapted by Lisa Kron and Jeanine Tesori from Alison Bechdel's 2006 graphic memoir. When her father dies unexpectedly, graphic novelist Alison dives deep into her past to tell the story of the volatile, brilliant, one-of-a-kind man whose temperament and secrets defined her family and her life. Moving between past and present, Alison relives her unique childhood playing at the family’s Bechdel Funeral Home, her growing understanding of her own sexuality, and the looming, unanswerable questions about her father’s hidden desires. Described as “A rare beauty, extraordinary and heart-gripping” by Ben Brantley in The New York Times, Fun Home is a refreshingly honest, wholly original musical about seeing your parents through grown-up eyes.