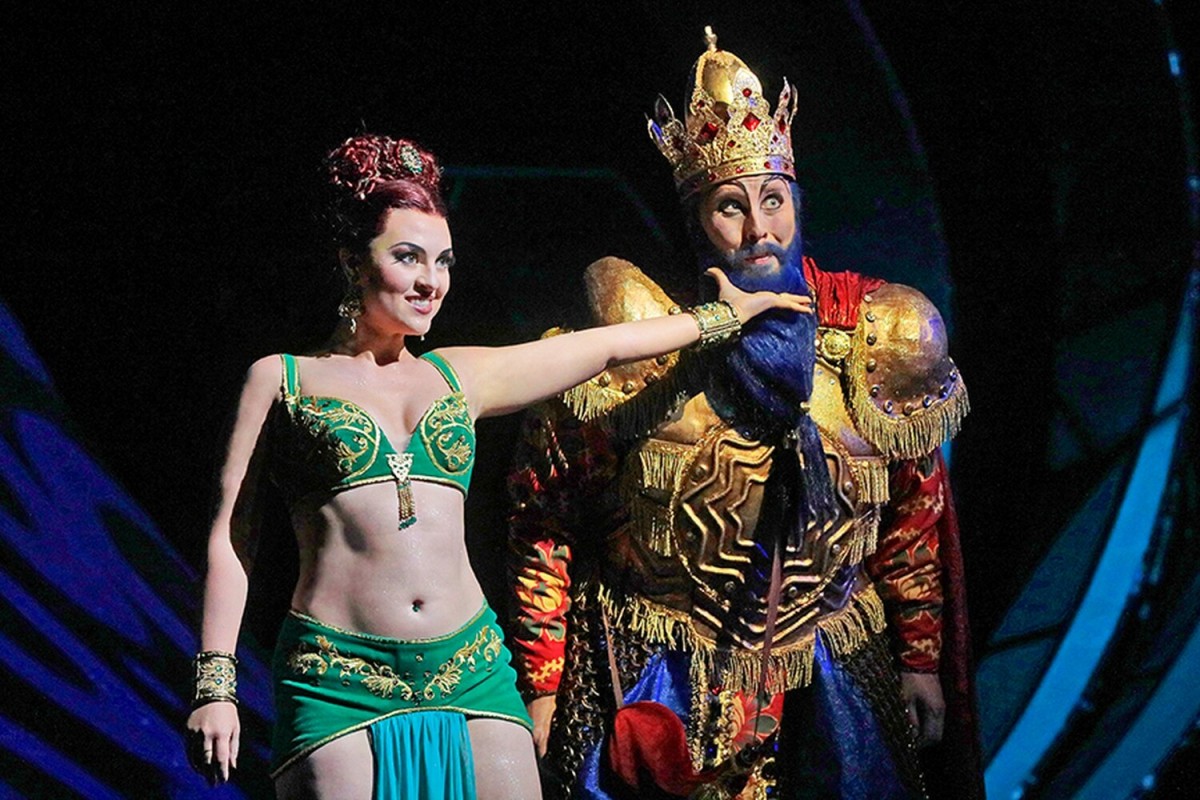 THE GOLDEN COCKEREL by N. Rimsky-Korsakov

When it comes to inept leaders, King Dodon takes the cake. He’s lazy, has terrible advisors, and would rather be in bed eating bonbons than waging war! But he’s also petrified that his enemies will take him by surprise. Happily, his astrologer gives him the perfect gift: a golden cockerel that sounds the alarm whenever danger is near. But even the magical bird can’t save Dodon when he comes up against his most formidable adversary—a voluptuous young queen, who unashamedly displays her charms!

From Scheherazade’s composer---a high-flying comedy about seduction and a royal reign run amok! Watch what happens when she demands the keys to the old king’s kingdom ---and the astrologer demands a shocking payment for the bird! Enjoy gorgeous music, lavish costumes, and an opulent production that earned rave reviews in Santa Fe.

Co-production by The Santa Fe Opera and The Dallas Opera