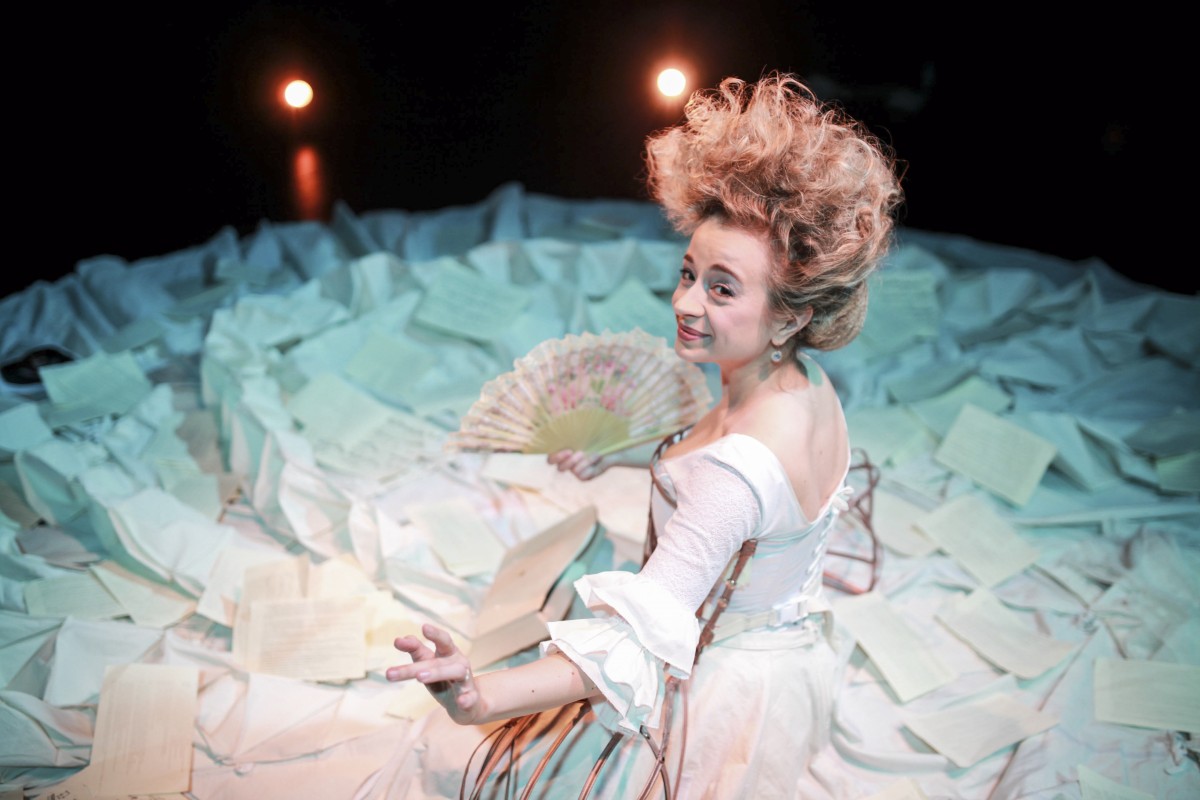 The other Mozart introduces Maria Anna Walburga Ignatia Mozart, known as Nannerl, Wolfgang’s older sister—prodigy, keyboard virtuoso and composer, forgotten in the mists of music history: until now. The Other Mozart is the award-winning creation of actress/playwright Sylvia Milo and the final don’t-miss presentation of the season. The play features Milo in the title role, with music by Nannerl’s composing inspiration, Marianna Martines, two contemporary composers, Nathan Davis and Phyllis Chen, as well as some from her better-known sibling. Seth Knopp rhapsodizes, “This one-woman show is a tour-de-force. There is a phenomenal amount of material which Sylvia has to internalize and a very beautiful set that allows us to become part of that world.” The centerpiece of the set is the 18-foot dress Milo wears in the role, topped by towering coif and wafting perfume, with dusting powder festooning the air. The parallel zeitgeist between Nannerl’s world and ours is clear, Knopp noting, “You come away feeling not that she was resentful but that she lamented the times and circumstance in which she was born.” The Other Mozart lives again.