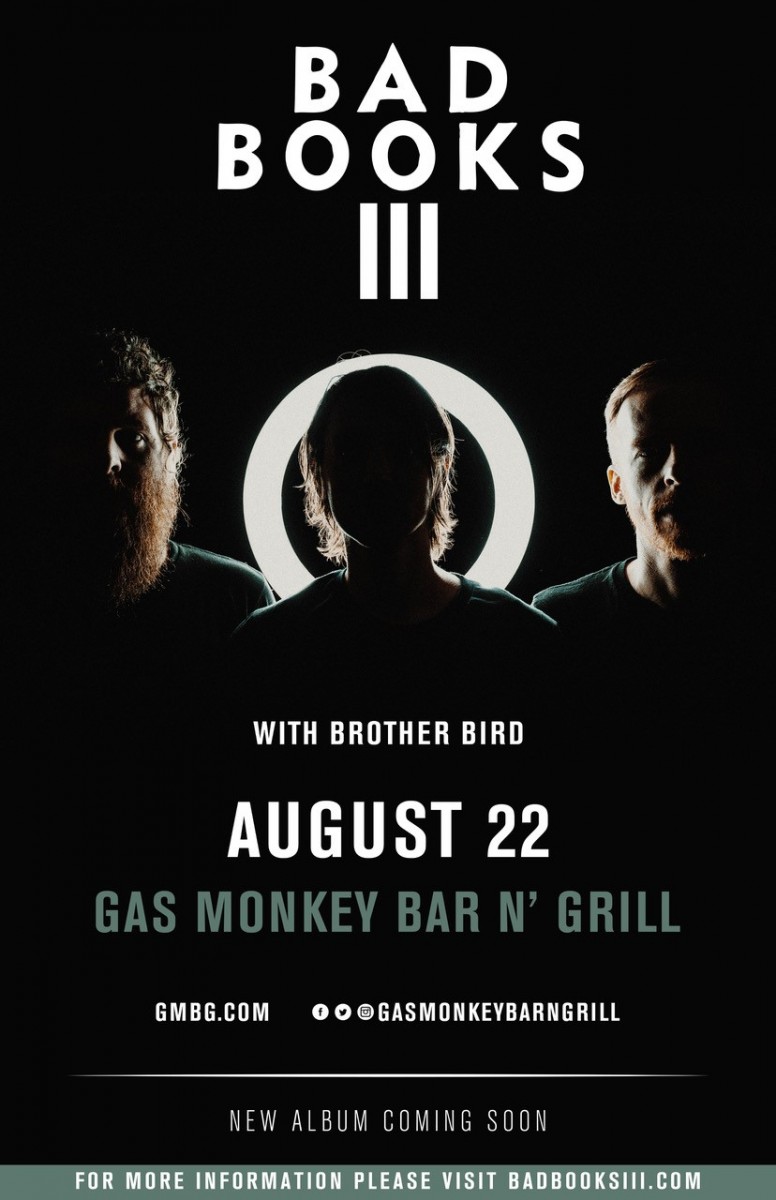 The second collaboration between singer/songwriter Kevin Devine and Andy Hull of Manchester Orchestra, Bad Books II finds these two extraordinary tunesmiths untethered from their respective brands, joining forces to reach new stylistic and emotional terrain. Accompanied by members of Manchester Orchestra – with guitarist Robert McDowell also producing and keyboardist/percussionist Chris Freeman once again supplying distinctive album art – Hull and Devine offer up a series of magnificently etched songs which light upon everything from anthemic stadium rock (“The After Party”) and reflective balladry (“42”) to energetic bubblegum (“No Sides”), gloriously baroque psychedelia (“Petite Mort”), and whistling big beat pop (“Forest Whitaker”). The real-time sound of a group of talented friends synthesizing into something altogether more cohesive and accessible, Bad Books II reveals a remarkable new band in the truest sense, emboldened and at ease enough to set out together for places unknown.

“Bad Books is my therapeutic outlet,” says Hull, “a place I can go and do whatever I want in the moment. Somehow, amazingly, it works out.”

“There’s an openness and a playfulness to it,” Devine says, “but it’s still pretty serious music. It’s a weird combination – we take the songs very seriously but we let ourselves loosen up about the results in a way that’s different from either of our more personal projects. In a weird way, that allows for us to go certain places we might not go on our own.”

The fast friendship between the Brooklyn-based Devine and Atlanta’s own Manchester Orchestra began in 2007 and has since included multiple tours and a 2010 split EP in which each covered one of the other’s songs. The more collaborative Bad Books followed later that year, featuring individually penned songs from Hull and Devine, backed by Hull’s fellow Orchestra members (including the crack rhythm section of bassist Jonathan Corley and drummer Ben Homola). A number of well-received live dates followed, mostly acoustic, as well as further joint tours in other assorted permutations.

In January 2012, Devine hit the Manchesters’ Favorite Gentlemen Studios in Atlanta for another go-around. Having made the first Bad Books album in just under a week, the musicians decided to stick with the system and work as rapidly and instinctively as possible. They knocked out tracks at a brisk pace, recording most songs in under a day.

“It’s an exhilarating feeling, “ Hull says, “making something so fast. You just wonder the whole time if it’s good. There was a moment when we got the mixes back. We were like, ‘Holy shit, we just made something that’s pretty cohesive and pretty solid in just eight days.’”

The gloves-off sessions were marked by their openness, vibrancy and democratic spirit. Songs like Devine’s majestic “Never Stops” were deconstructed and promptly rebuilt, the players uniting to impel the music in hitherto unconsidered directions.

“We were a little less precious about stuff,” Devine says. “Actually we were a lot less precious. Any idea we followed. No stone was unturned. Our attitude was, if it works, it works, and if it doesn’t, well, okay, we just won’t use it.”

Which of course is not to say that the songwriting on Bad Books II is anything less than the result of great care and craftsmanship by both Hull and Devine. Songs like Hull’s “Lost Creek” and Devine’s knockout rocker, “No Rewards,” touch on matters profoundly personal to both songwriters, tackling big themes with passion, precision, poignancy, and power. Hull further displays his mastery of lyric narrative on the elegantly articulated tour de force, “Pyotr,” a true account of Russia’s Peter the Great placing his wife’s lover’s head in a glass jar and then ordering the adulterous Catherine to visit it daily, told from the twin perspectives of the Tsar and the head itself.

As before, each songwriter brought in material that seemed to fit the Bad Books project. Whereas their first album essentially gathered five fully formed songs each from both writers, Hull and Devine were now comfortable enough to workshop together, allowing each other’s expertise and sensibility to inform the finished product.

“I’ve never had anyone do that with me before,” Hull says. “I’ve always written everything. I’ve never asked for any help. But this time, I asked. I said to Kevin, this is what I want to say here, how can I say it better? And he was able to help me, which is cool. I think my pride probably up until this point wouldn’t have allowed that to happen, but to be honest, I don’t really care anymore.”

“There’s so much delicate ego involved,” Devine says, “you can feel very vulnerable. I think it speaks to how much we relate and respect each other that now it seems to have developed into letting even the most sensitive part of what we do be up for grabs.”

Hull and Devine’s six-year friendship is manifested throughout the album by their intimate, often magical harmonies. Having begun experimenting with vocal layering while touring the first Bad Books record, the two friends made a conscious effort to bring that intriguing influence to the new album. The close voices on tracks like “42” and “Pyotr” superlatively express and counterpoint their increasing familiarity.

“Our relationship is built on these heavy talks,” Hull says. “We both have different views on things but there’s kind of a thread that runs through our beliefs. He’s a wise guy and there’s a lot that I can learn from him.”

That kind of camaraderie marked the recording of Devine’s stunning “Ambivalent Peaks,” an intensely felt song “about navigating the depths – or the shallows – of your self-understanding, of who you are and why you’re in the relationships you’re in.” Spurred by the subject matter, the session somehow evolved into an expansive “band therapy session” in which all involved divulged their own private takes on love, romance, and the whole damn thing.

“It was a pretty beautiful moment,” Devine says. “Everyone was sharing openly. I know it sounds a little hoary or anti-rock ‘n’ roll, but it was something that deepened an already deep connection.”

Justifiably proud of what they’ve accomplished together, Bad Books plan to continue to develop their union with considerable touring. Full-scale itineraries are currently being planned for North America, Europe, and Australia.

“We’ve made a record that stands up favorably against anything either of us have made on our own,” Devine says. “I think it has the potential to connect with people who don’t like either of us a whole lot. I think it could turn some heads.”

As inspired, expressive, and fully realized as anything in either artist’s outstanding back catalogues, Bad Books II reverberates with boundless excitement and artistic fervor. While all involved intend to continue their day jobs, Bad Books is now very much a going concern, “a second color that we paint in,” according to Devine.

“We’re both continuing to grow,” he says, “and this band is part of that growth. I think what happened on this record will actually end up informing what happens with each of us and the records we do next.”

“Bad Books became a band,” Hull says. “When we started, it was really just Kevin and I coming in with five songs each because we wanted to do something together. There was no real plan. Now I don’t ever see us stopping.”