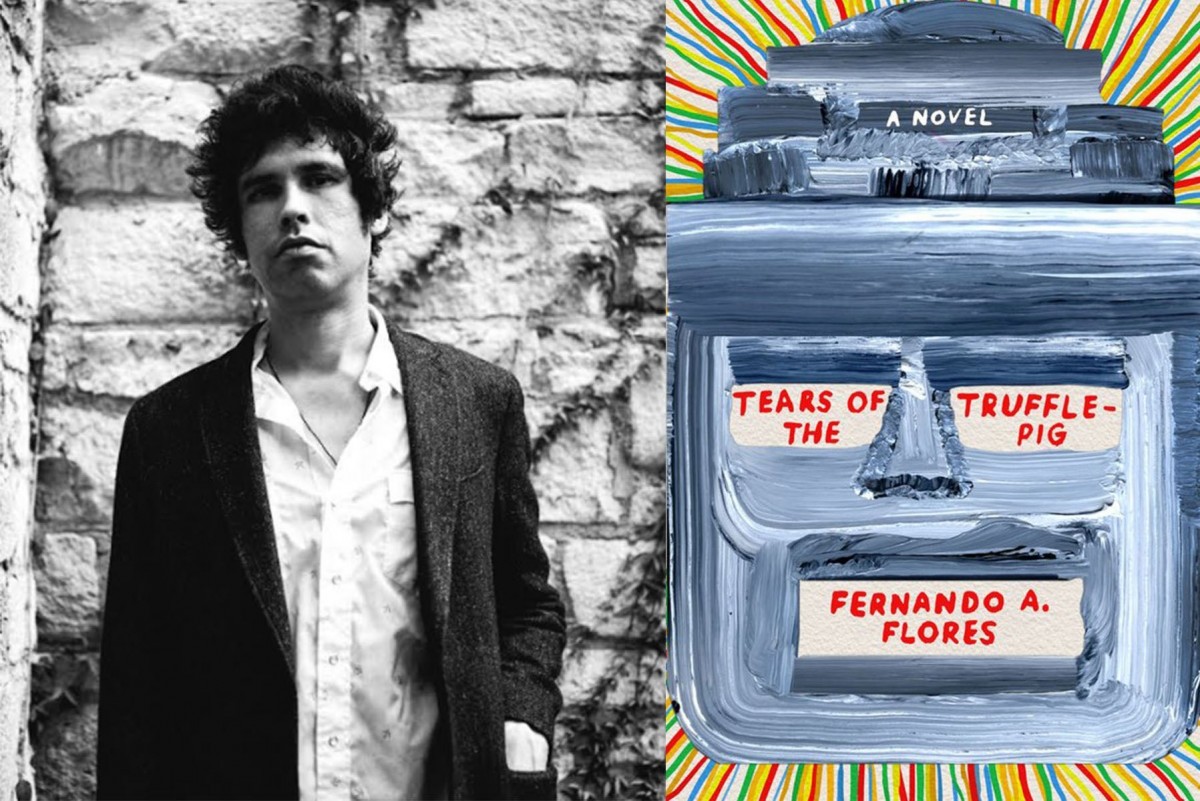 Fernando A. Flores Presents Tears of the Trufflepig

“Funny, futuristic, phenomenal, Fernando A. Flores is from another galaxy. Fasten your seat belt. You are in for a stupendous ride.” —Sandra Cisneros

Fernando A. Flores presents his debut novel TEARS OF HE TRUFFLEPIG at Deep Vellum Books May 23rd at 7 pm.

A parallel universe. South Texas. Narcotics are legal and there’s a new contraband on the market: ancient Olmec artifacts, shrunken indigenous heads, and filtered animals—species of animals brought back from extinction to clothe, feed, and generally amuse the very wealthy. Esteban Bellacosa has lived in the border town of MacArthur long enough to know to keep quiet and avoid the dangerous syndicates who make their money through trafficking.

But his simple life starts to get complicated when the swashbuckling investigative journalist Paco Herbert invites him to come to an illegal underground dinner serving filtered animals. Bellacosa soon finds himself in the middle of an increasingly perilous, surreal, psychedelic journey, where he encounters legends of the long-disappeared Aranaña Indian tribe and their object of worship: the mysterious Trufflepig, said to possess strange powers. Written with infectious verve, bold imagination, and oddball humor, Fernando A. Flores’s debut novel, Tears of the Trufflepig, is an absurdist take on life along the border, an ode to the myths of Mexican culture, a dire warning against the one percent’s determination to dictate society’s decline, and a nuanced investigation of loss. It’s also the perfect introduction for Flores: a wonderfully weird, staggeringly smart new voice in American fiction, and a mythmaker of the highest order. FERNANDO A. FLORES was born in Reynosa, Tamaulipas, Mexico, and raised in the U.S. He was the recipient of a 2014 literary award from the Alfredo Cisneros Del Moral Foundation. His fiction and poetry have appeared in various publications since 2006, and was featured as one of Ten Writers to Watch in the October 2015 issue of Texas Monthly. He lives in Austin, Texas.