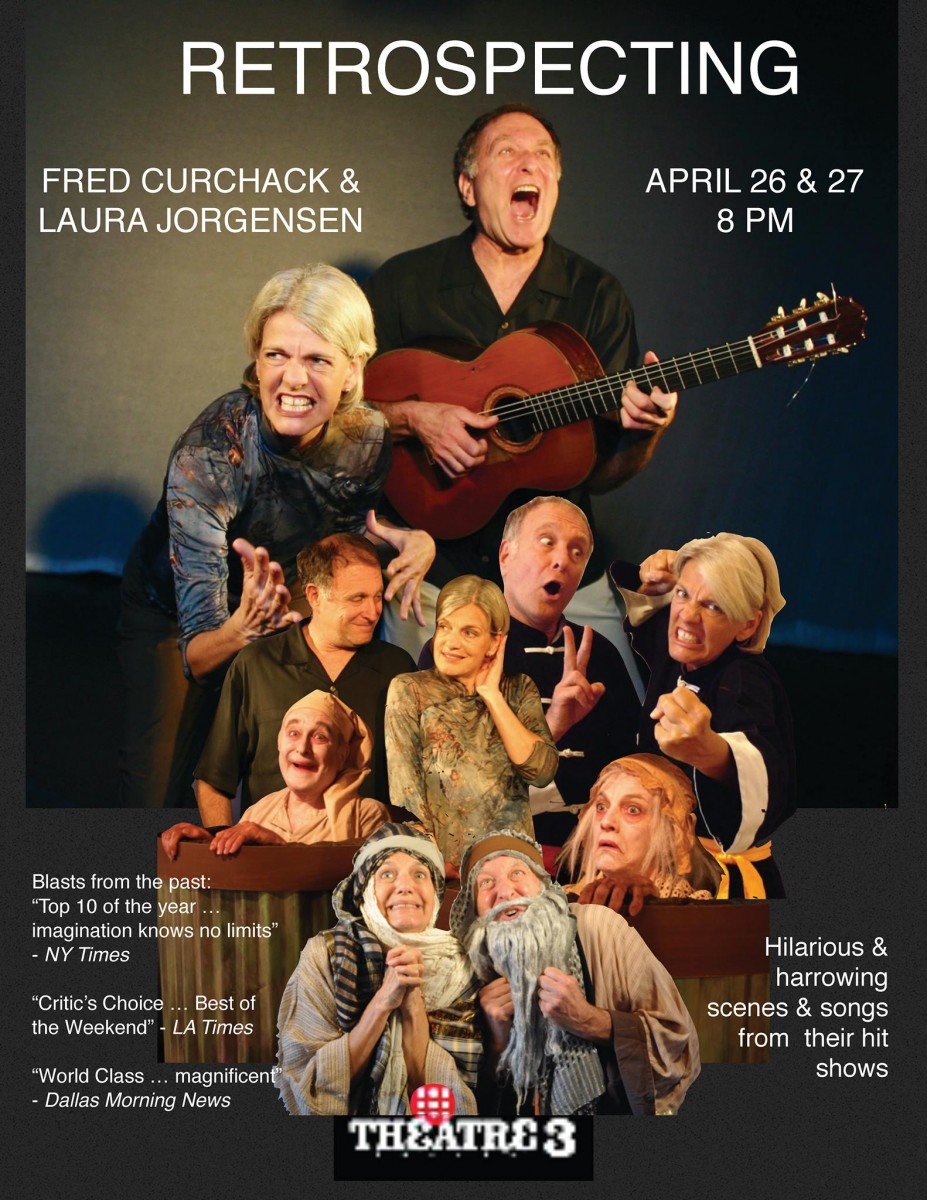 Writer and performer Fred Curchack is no stranger to the stage. In fact, for his work, he’s been frequently recognized by some of the country’s greatest media outlets including the L.A. Times (“Best of the Week”), The New York Times (“Top Ten of the Year”), the Austin Chronicle (“Top Ten of the Decade”), and locally in The Dallas Morning News (“Top Ten of All-Time”). His long list of awards includes the Gold Medal at the International Theatre Festival of Solo Theatre, the American Theatre Wing Award, and numerous critics’ awards across the country. And this spring, he’s taking the stage at Theatre Three alongside celebrated actress Laura Jorgensen for a celebration of his best songs and scripts in RETROSPECTING.

On April 26 and 27 at 8:00 PM, join Fred and Laura as they recap hilarious and harrowing moments from hit shows like STUFF AS DREAMS ARE MADE ON; MILAREPA; GRANDPA’S HOME VIDEOS; ORPHEUS IN HOLLYWOOD; DIONYSOS DOES DALLAS; BURYING OUR FATHER; GOLDEN BUDDHA BEACH, and more!