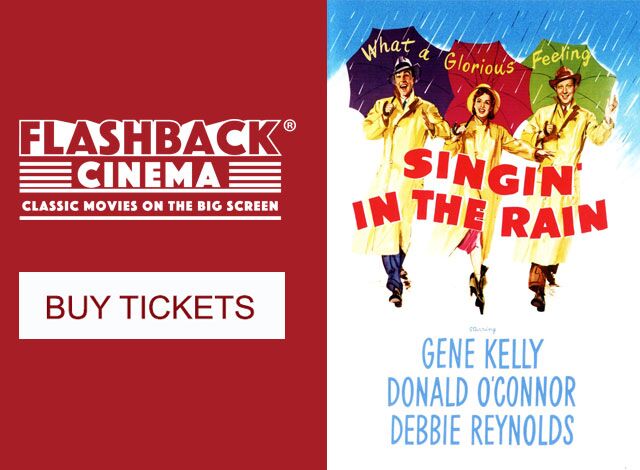 Flashback Cinema: Singin' In The Rain

#1 on the American Film Institute’s list of the greatest movie musicals of all time, this delightful comedy teams Gene Kelly and Donald O’Connor with newcomer Debbie Reynolds in the role that made her a star. Jean Hagen received an Oscar® nomination for her performance as a squeaky-voiced silent movie queen. The scene where Kelly is singing—and dancing—in the rain is alone worth the price of admission.