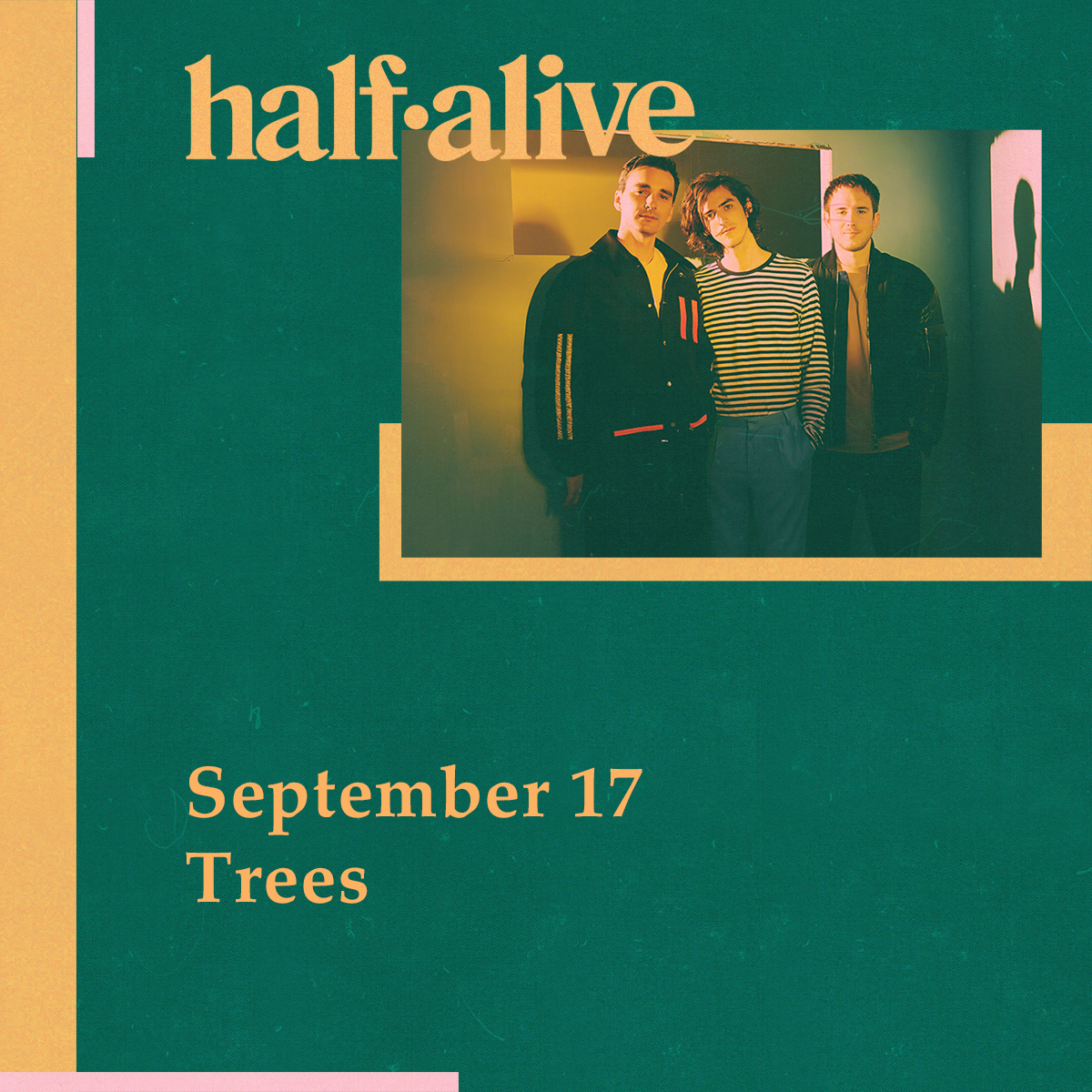 half•alive heads to Trees in Deep Ellum on Tuesday, September 17. Doors open at 7pm, show starts at 8pm. This event is for all ages.

The music of half•alive breathes, evolves, grows, and changes alongside the lives of the Long Beach trio — Josh Taylor [vocals], Brett Kramer [drums], and J Tyler Johnson [bass]. Encompassing R&B, funk, pop, rock, soul, and more under a glow of disco ball bliss, the experience iterates in a fresh form every time. half•alive officially came to life on the 2017 3 EP, which sparked a palpable buzz on the strength of "The Fall" and "Aawake At Night." Over the course of the next year, they crafted what became the 2018 breakout still feel.. The video organically surpassed the 10 million mark within two months as the song garnered acclaim from NPR's coveted "All Songs Considered" and more. still feel. took off, and the band's profile burgeoned as they inked a deal with RCA Records to help grow their vision. Launching 2019 with a bang, the trio sold out their formal debut headline tour and plotted more music for release soon.