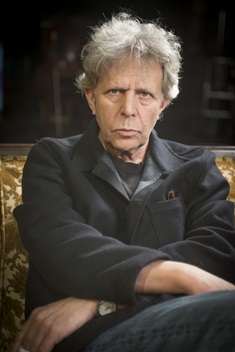 Whither Goest Thou America 2: Vox Humana by Len Jenkin

The latest play from our own legendary company member and leading light of the American alternative theatre. On the road in America, Danny and Suzie Q. cross paths with Mona, an ex-showgirl, the poet Skintite, Uncle Bud, a carnival barker and the chanteuse Miss Koko. As they each pursue the own destinies their paths converge with ironic humor, a few songs and stories in the old weird American landscape. A haunting comedy.

A hero of the avant-garde and Undermain company member Len Jenkin returns to Undermain following a long line of acclaimed award-winning productions of Jenkin’s plays such as Jonah, Margo Veil, Port Twilight, Time in Kafka, Abraham Zobell’s Home Movie: Final Reel and Poor Folks Pleasure. Len Jenkin’s credentials and awards include three Obie Awards for directing and playwriting, a Guggenheim Fellowship, a Sundance Fellowship, a Rockefeller Foundation Award, a nomination for an Emmy Award, four National Endowment for the Arts Fellowships and a PhD in literature from Columbia University. His stage plays have been produced throughout the United States, as well as in England, Germany, France, Denmark, and Japan. In New York his plays have been produced at Lincoln Center, Soho Rep, The Flea, The Chocolate Factory, The Public Theater and many others.