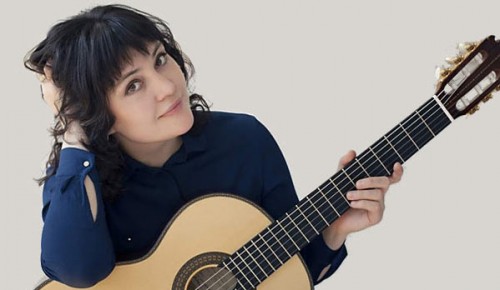 With the rare beauty of her tone and her enchanting presence on stage, Irina Kulikova catches the hearts of audiences across the globe. She belongs to that class of musicians that tell something so special with their instrument, that the public feels the joy, the pain, the longing of the human spirit in a most intense way. Her secret, in life as in music: It’s about the touch. ‘If you take special care of everything and everybody that is dear to you, if you show love and devotion in those little details that make a difference, then you will touch the lives of others in ways you cannot imagine.’

Irina Kulikova tours far afield, with appearances at leading festivals in Europe, North America and Asia and in concert halls such as the Amsterdam Concertgebouw, the Tchaikovsky Hall in Moscow, the Academic Capella in St. Petersburg, Schloss Mirabell in Salzburg, the Palau de la Musica in Valencia, the Musashino Hall in Tokyo and the Oriental Arts Center in Shanghai. She received over 30 awards for her artistry, including 1st prizes at the highly prestigious competitions of Michele Pittaluga in Italy, Guitarra Alhambra in Spain, Forum Gitarre Wien in Austria and Iserlohn in Germany.

Irina Kulikova graduated with distinction at the Mozarteum University in Salzburg (Austria), the Conservatoire of Maastricht (The Netherlands) and the Gnessins Academy in Moscow (Russia). She recorded four solo CD’s, three of which are distributed worldwide by the Naxos label. Today, Irina Kulikova resides in Los Angeles (USA), Salzburg (Austria) and The Hague (The Netherlands). Her concert career as a solist and with a variety of ensembles and orchestra’s, she combines with a personal dedication to teaching, touching the lives of promising students of all continents.