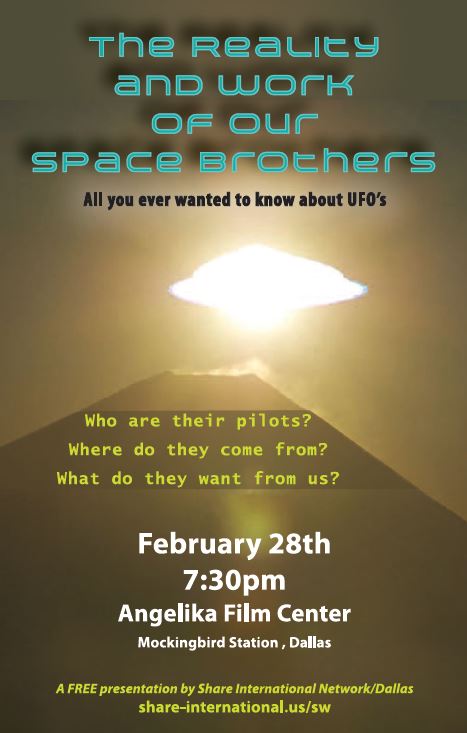 “The Reality and Work of the Space Brothers”

The Reality and Work of the Space BrothersAn interview with Benjamin Creme
An August 2002 discussion about UFOs with the late British author, artist, lecturer and esotericist Benjamin Creme (1922 - 2016). Intriguing images accompany this one hour interview covering the origin and elusive nature of extraterrestrial spacecraft and their occupants; their concern at our misuse of nuclear technology; their purpose of creating crop circles which appear annually, leaving behind measurable electromagnetic fields, harmlessly elongated plant stem nodes and magnetic materials in the soil; and the decades long cover-up of UFO activity by governmental agencies.

A colleague of the world-renowned extraterrestrial contactee George Adamski, Benjamin Creme himself worked directly with the Space Brothers for a brief period. Among Creme's many books covering the public emergence of the Masters of Wisdom and other esoteric subjects, The Gathering of the Forces of Light: UFO's and their Spiritual Mission broadens the notion of the spiritual hierarchy overseeing Earth’s evolution to include the fact of enlightened and benevolent Beings existing on all planets throughout our solar system. These Forces of Light are awaiting humanity’s invitation to openly give their help as together we work to save ourselves and our planet Earth. Time is running out.
Audience Q&A will follow the film until 9:30 pm.