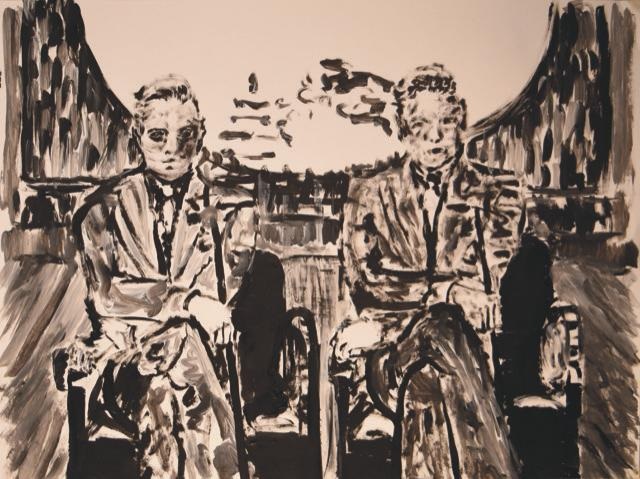 Robert Smiljčić is a Croatian refugee who came to America by way of Germany in 1999- later being naturalized in 2012 as an American citizen. Born to two deaf parents, Robert began to build his own visual language at a young age- seeing and understanding the unspoken. He started in street art and matured to fine art and jewelry making. Robert spent most of his adolescence in the inner city of Dallas. He feels at home in the Metroplex but went to college at Oklahoma State University and studied in Zagreb, Croatia. Robert’s art aims to reflect [U] a play on words and a symbol that reflects the word “you”- in which he strives to showcase important ideologies, cultures, and histories from all sides in order to encourage people to better understand each other and come together.

Nikola Olic is a photographer living and working in Dallas, Texas, focusing on architectural photography and abstract structural quotes that reimagine their subjects in playful, dimensionless and disorienting ways. His photography has appeared in various galleries, art events, museums, magazines, newspapers and websites around the world.